The Smart-thinking Kalraj Mishra is likely to dish out a lot of positive governance measures! 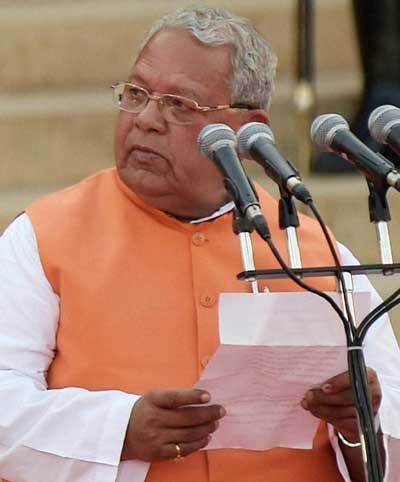 [Owing to the unavailability of credible birth-time of Mishra, the analysis and predictions have been done on the basis of the Solar Chart/ Surya Kundli with the help of his birth-date and birth-place only.]
Astrological Observation:
1. Transit over Natal Rahu and Moon in the Sign of Virgo
2. Direct Aspect on Natal Mars and Ketu in the Sign of Pisces
3. 9th Aspect on the Natal Saturn and Jupiter in the Sign of Taurus
Astrological Predictions:
Ganesha wishes a great time ahead to Kalraj Mishra.
With Ganesha's Grace,
Rantidev A. Upadhyay
The GaneshaSpeaks.com Team
Share