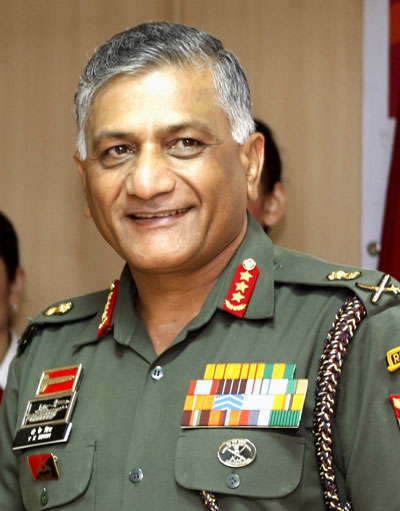 General VK Singh has been one of the best performing ministers of the Central Cabinet led by Narendra Modi and has been delivering excellently. Despite of his excellent track-record as the minister currently and his past record as an Armyman (not to foget, he was the 24th Chief of Army Staff (COAS) of the Indian Army between 2010 and 2012 and is the first Commando to be promoted to the rank of General!). Despite such illustrious credentials, this forthright and outspoken minister has been courting controversy with some statements which have not been going down well with the Media, even though, many claim that he only states the truth, but in a fiery and somewhat unpalatable manner. Will he be able to carry on his good work? Or, will some troubles or controversies make things messy for him? Check out what the stars portend for this upright minister and former Army General...
General (Retd.) Vijay Kumar Singh – Minister of State (MoS), Ministry of External Affairs, Union Cabinet
Date of birth :-  10th May, 1951
Birth Time :-  Not Known
Place of Birth :- Pune, Maharashtra, India
SOLAR CHART