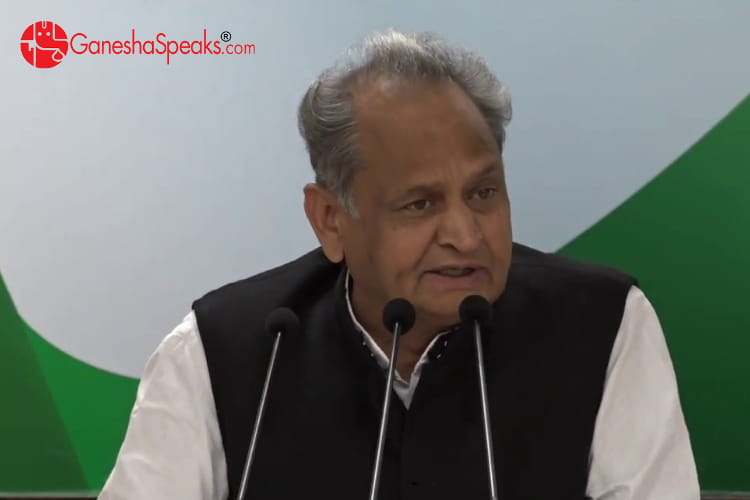 Haven’t you heard the age-old saying, ‘Politics is the art of the possible’? This fact has made many of us dislike politics. However, whether we like politics or not, we have to consider it as we are a part of the system and we want that the people who lead the society should be good so that our lives and future become brighter.

Now assembly election in Rajasthan is approaching near. Well, when we think of Rajasthan, we at once visualise glimpses of rich Rajput history, grand palaces & forts, chivalry, heroic battles between kings and so on. Both BJP and Congress are vying for supremacy in this significant North Indian state. You can get your relationship issues sorted. Access the Relationships Ask Question: Detailed Advice Report.

Rajasthan is going to vote on 7th December 2018. It is true that the upcoming election in Rajasthan and some other states may set the trend for the not so distant Lok Sabha election likely to take place in April – May 2019. It makes this assembly election all the more important.

What is your take on the Rajasthan election? Well, as per several pre-poll surveys BJP won’t be able to fight the strong anti-incumbency wave in Rajasthan and Congress will win the election. That is as per psephology (the science of predicting election outcomes). Do you have any issues in your career? You can get them sorted effectively. Buy the Career Ask A Question Report.

But Ganesha has invoked the stars and predicted what the stars say about this election. The upcoming election in Rajasthan is a clash between two parties, at the same time, it is a contest between two tall leaders: present Chief Minister Vasundhara Raje Scindhia (BJP) and Ashok Gehlot (Congress). There is another significant Congress leader in the CMship race, Sachin Pilot.

In this article, we will talk about Ashok Gehlot. What are the chances that he will secure victory for Congress and once again become the CM of Rajasthan? Read on to know more:

Ashok Gehlot is currently under the influence of Mars Mahadasha and Sun Bhukti. Mars and Sun are strong in the 11th house of gain. Besides, transiting Jupiter is aspecting the 10th house; Moon-Jupiter is conjunct in the 10th house. Also, transiting Saturn is in 7th house and Rahu is in 2nd house.

Ashok Gehlot is passing through a favourable planetary phase. He will enjoy good support from voters. He will be able to develop a good rapport with his voters. His ideas and policies will be well received by the people at large. His increases popularity is bound to translate into votes. The renewed charisma of Ashok Gehlot may make the situation Advantage Congress.

Will Take On BJP Efficiently

Due to the planetary positions, he will be able to take on BJP firmly. He will strengthen the position of Congress. His clout over the voters will be much more than the last few elections. Ashok Gehlot will mobilise voters many of whom will switch from BJP to Congress, which may pave the way for a Congress government as per astrology prediction.

Should Put Down Dissatisfaction Within Party

However, Ashok Gehlot will have to control internal issues with the Congress party. There may be some internal confusion and dissatisfaction, he will have to put it down with an iron fist.

A Strong Contender For CMship

Ganesha sees Ashok Gehlot as a strong contender for the post of Chief Minister. However, his chances may be obstructed by his own party members. He will have to fight not just BJP but also rivals within the Congress party.