What does Arjun Munda’s Horoscope say about the Jharkhand Elections 2019? 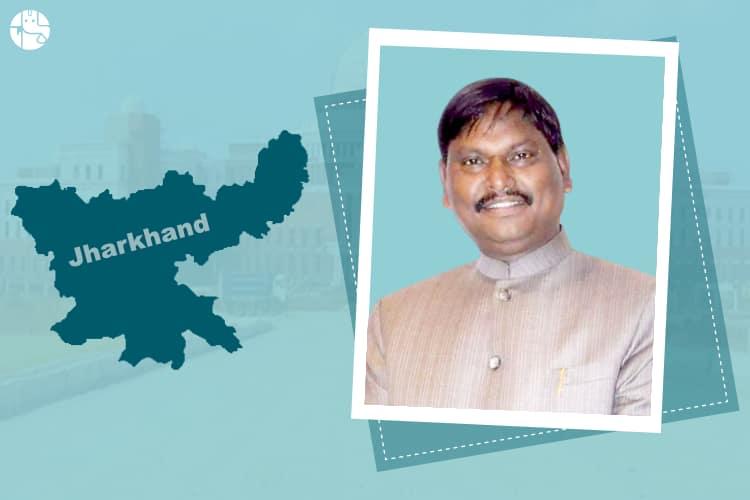 As you all know, the Assembly elections for Jharkhand have started from November 30, 2019. With strong candidates fighting the battle, the crafter of many policies, Arjun Munda has also participated in the elections. He is the Cabinet Minister of Indian Government and is known for his passion for the welfare of his native people.

It was his work ethic, vision, and performance graph that made Arjun Munda a glowing star in the sky. His work and dedication made him popular in a mystical way that also granted him a good support base. No later than the age of 35 he made way to the Jharkhand CM’s chair in 2003. This was the result of his sheer commitment and philosophy towards the growth of the State. He has taken many initiatives like setting up new power plants in Jharkhand with a vision to make the State power abundant.

With so much sincerity and passion to help the native people, Arjun Munda has paved the way to being a great leader. Let’s find out what Ganesha predicts about his strong qualities and the current Jharkhand elections.

Arjun Munda’s birth chart has exalted Sun in conjunction with Mercury and Venus. Sun is the planet of power and status. A strong Sun makes him a charismatic political leader. He is endowed with a clear vision of finding solutions with his positive approach. He is very disciplined, hardworking and goal-oriented leader.

Also, the Jupiter is aspecting the Sun, hence he always seeks expansion to broaden the horizons. This makes it easy for Arjun Munda to form effective strategies and connect with the voters efficiently to gain support. Mars is in exchange with Venus that makes him a spirited leader and a dominating politician. The exchange between Mars and Venus forms a Raj Yoga and also contributes to his popularity and status in the social and political sphere. However, the conjunction of Saturn and Rahu indicates struggles and some setbacks as well.

The exalted Jupiter in transit provided him the opportunity to become CM in 2003. The strong Jupiter in his chart has also helped him overcome the adverse transit of Saturn at that time. He has strengthened his position in state politics after year 2003 due to auspicious “Jupiter return” phase in his horoscope. However, the transiting Saturn in square with Sun did not allow him to complete his second term as CM.

Nonetheless, Jupiter’s transit over the natal Saturn and Rahu helped him to get the CM chair again in the year 2010. Also, the transit of Saturn and Rahu helped him to strengthen his position. Jupiter’s transit over the natal Sun, Venus, and Mercury was one of the strongest factors for him to have the longest tenure as CM during his third term. But, the transiting Saturn in opposition with natal Sun again did not let him complete his full term and he had to step down in year 2013. Nevertheless, the strong planetary configurations in his chart helped him to remain an influential leader in Jharkhand state.

Currently, the transiting Jupiter is moving in his favor. Jupiter’s aspect on natal Sun indicates that he will definitely play a pivotal role in forthcoming Assembly elections. His influence will help his party gain some important seats in the state. He is likely to be able to establish himself as an alternate power center and create a space for himself as the ”leadership alternative” in state politics.

However, the Saturn-Ketu conjunction will have the potential to bring some teething problems yet again. But, he will be able to tackle the challenges efficiently and manage his party well by making some changes in political strategies. Despite all the hardships he may emerge as one of the strongest leaders in state politics.