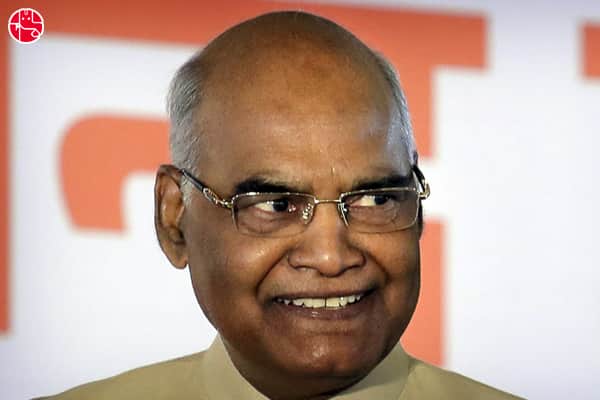 (Image Source: Internet)
The 71-year-old Ram Nath Kovind has become the 14th President of India after former President Pranab Mukherjee’s term came to an end recently. Ram Nath Kovind is the second Dalit President of India. President Kovind earlier was the Governor of Bihar from 2015 to 2017, and before that was a Rajya Sabha MP. Before entering politics, President Ram Nath Kovind was a lawyer. Born in colonial India in 1945 in a mud hut in Kanpur village,  President Ram Nath Kovind  now adorns the Rajya Sabha as the first citizen of India. Predident Ram Nath Kovind has reached these heights by his abilities and hard work. How will your career fare in the ocean of life? Find out your future, buy the 2017 Career Report.
After taking a  law degree from the Kanpur University, Ram Nath Kovind served as a Central Government advocate in the Delhi High Court from 1977 to 1979 and later moved to the Supreme Court to become the Central Government's Standing Counsel. Ganesha delves into his oath-taking chart to find out that his tenure in the Rajya Sabha will be action-filled.
President Kovind's Swearing-In Chart
Date Of Swearing-in: 25th July 2017
Swearing In Time: 12.08 pm
Place Of Swearing-In: New Delhi, India 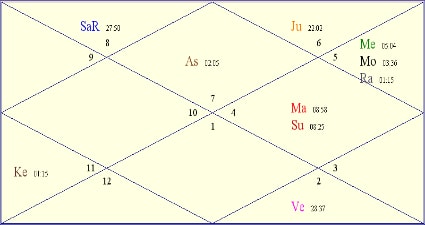 At the time of oath-taking as India's new President Ram Nath Kovind, Libra was rising in the Ascendant and Sun is placed with Mercury in the 10th house. Both the signs are movable. So, the new President of India would run a constitutional presidency and he would broadly keep the promise of adhering to the set rules. He will be very active and will take a keen interest in important policy matters. President Ram Nath Kovind will focus on safeguarding the Constitution without locking horns with the elected governments at the centre. All rules and regulations are there for prosperity and happiness of citizens. Happiness also expands when we achieve success in business. Are you concerned about the future developments in your business? Get the Free 2017 Business Report, know the future and put to rest all your concerns.

But, 10th house Lord Moon is placed with Rahu in the 11th house in Magha Nakshatra. So President Ram Nath Kovind's tenure may be far more action-filled and controversial than his predecessor. The exchange of Sun and Moon indicates that President Ram Nath Kovind will bring in his expertise and experience to leave a mark. But, the Moon-Mercury-Rahu conjunction will create ideological controversies in the course of important national events.

Ascendant Lord Venus is placed in the 8th house and debilitated in the Navmansa which will not augur well for President Ram Nath Kovind's health. His health may deteriorate during the last two years of his tenure in Rashtrapati Bhavan. The oath chart indicates that he may not become the most popular Indian President. But, his experience will ensure India getting all benefits of development during his tenure.
With Ganesha's Grace,
Tanmay K.Thakar
The GaneshaSpeaks.com Team
For Instant Solutions! Talk To Astrologer Now.
Share