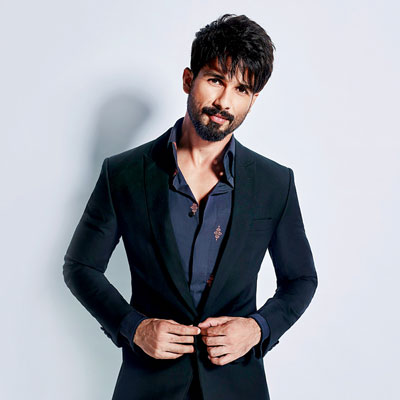 Despite a fluctuating career, Shahid Kapoor is one of the more attractive and popular Bollywood actors. Initially recognized for portraying romantic roles, Kapoor later took on action films and tragedies too. He is the recipient of several awards, including two Filmfare Awards.
Son of actors Pankaj Kapur and Neelima Azeem, Kapoor was born in Delhi, and joined Shiamak Davar's dance academy when he was just 10. Kapoor appeared as a background dancer in a few films of the 1990s, and went on to feature in music videos and TV commercials. He made his film debut in 2003 with a leading role in the romantic comedy Ishq Vishk, for which he won a Filmfare Award for Best Male Debut. He followed it with roles in several commercial failures, including Fida (2004) and Shikhar (2005), before starring opposite Amrita Rao in Sooraj Barjatya's successful family drama Vivah (2006).
Ganesha here takes a look at his prospects in the following year.
Shahid Kapoor
Date of Birth: 25th February, 1981
Time of Birth: Not Known
Place of Birth: Bombay, Maharashtra, India
Solar Chart

[Owing to the unavailability of credible birth-time of  the celebrity, the analysis and predictions have been done on the basis of the Solar Chart/ Surya Kundli with the help of his birth-date and birth-place only.]
Important astrological observations:
Astrological Predictions:
Ganesha wishes a great time ahead to Shahid Kapoor on his Birthday.
With Ganesha's Grace,
Rantidev A. Upadhyay
The GaneshaSpeaks.com Team
Share