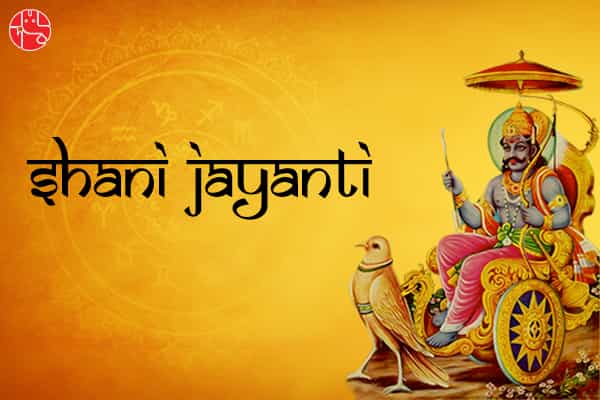 Metal – Iron as well as lead and tin
Saturn, known as ‘Shani’ is the slowest moving planet in space. It is quite important from an Astrological perspective and is a major planet in this context.

Saturn (Shani) is largely considered as a negative planet – many are scared of it and its effects. However, this is actually not an entirely correct belief – Shani, the strict disciplinarian, is not an out and out negative planet – it is a slow planet that augurs success only through continuous effort, consistent discipline, regular hard work and many times hurdles and struggles. Whether Shani will bless or curse a person also depends upon that person’s deeds in the present and even the past life.

In other words, it can be said that Shani plays the role of an teacher or a fair judge in our lives. If Saturn is adversely posited in one’s personal Kundali, the person may suffer from many problems and may have struggles and stresses, leading to unfavourable consequences, specifically in the matters related to the particular House (where Shani is ill-placed) in a Kundali.

In Vedic Astrology, Shani’s presence is considered auspicious, when it is present in the 2nd, 7th, 3rd, 10th and 11th House of a Kundali/ Horoscope, but this is taken as very inauspicious, if Saturn is posited in the 4th, 5th and 8th House of a Horoscope.

The Lord of the West, Shani is known by many names, such as Manda, Yama, Chhayasunu, Krushang, Kapilaksha, Neel and Sauri. Shani, a slow moving planet, is considered very powerful when it is placed in the 7th House in a Kundali.

Vedic Astrology also emphasises that everyone goes through a Small Panoti and a Shani Sade Sati during their lifetime, and during those periods, they may have to face some hardships, extreme conditions or struggle. But, Vedic Astrology has also researched and proven that it is not always Shani who brings pain and sufferings in one’s life. Those blessed by Shani never have to go through challenging times in their lives; their success is rightly earned, and thus it stays with them. Not only that, Lord Shani showers these people with unimaginable gains and good times. Saturn can be both helpful and harmful. It influences various aspects of our life including career. Know the influence of Saturn on your career. Buy the Saturn Transit Report for Career.

Shani is said to control life, death, wealth, home, children, results of legal suits, thefts, illnesses related to intestines etc. Thus, in a nutshell, Shani can do wonders if it is favourably placed for someone, but can be quite troublesome, even evil, if inauspicious or placed with negative stars.

What The Tradition Says:

Shani is the son of Sun and Chhaya. Shani is a planet, which has been much, wronged and was cursed by his own wife and celestial mother Parvati. In fact after realizing her mistake Maa Parvati gave a boon to Shani that no important event in the life of a person will occur, unless Shani gives his divine sanctity to that work, either by the way of a transit, or an aspect to a relevant House in one’s Horoscope.

Tradition has it that Shani is the elder brother to Yama (the god of death), and therefore he (Shani) may also, at times, play the role of Yama, and thus, can bring an end to one’s life. Therefore, if a bad Dasha is running, and at the same time, there is an evil transit of Saturn ongoing, and the age of death also has come – Shani will definitely kill. In a way, and going by the way of the same analogy, Shani also represents detachment and an end. There is a great spiritual value attached to Shani and the learnings it can bring. Legends have it that no saint can take birth without a well-placed and strong Shani in their Kundali.

As aforementioned, it is seen that a strong or favourably placed Shani in a Kundali gives good results, however if Shani is weak, it will cause deficiencies or troubles, with respect to afore-listed significations.

In the planetary cabinet, Shani represents servants. It has a dark complexion. It is of a neuter gender. It represents Air among the Panchbhootas or the five elements. It belongs to the Shudra Varna, and has predominance of Tamsik Gunas.

It is believed that Shani has an emaciated and tall physique, honey coloured eyes, is windy in temperament, has big teeth, is indolent, lame and has coarse and rough hair. He is said to limp and always wear a serious, grim expression. Same or somewhat similar qualities may be visible in the people with Shani as their Sign’s ruling planet or Saturn bearing a major influence in their Birth Chart.

Shani represents one year.. It is strong in the western direction. It is friendly to the planets of Mercury and Venus, while it is inimical to the planets of Sun, Moon and Mars. It considers Jupiter to be Neutral, while the shadow planets of Rahu and Ketu both regard Shani as a friend.

Shani’s Jaap is supposed to be done 23000 times, if one is to attain the benefits bestowed by this major planet.

It is to be noted that Shani is a very powerful planet, and has a major effect on the overall human life. A slow planet that it is, Shani takes two and a half years to transit through one Sign, and thus takes thirty years to complete one round of the entire Zodiac calendar.

Shani symbolises struggle. Under its influence, one is said to face some of the toughest challenges or changes in life, and it all depends upon the individual’s inner strength, as to how well he/ she handles those challenges. On the brighter side, though, the person emerging on the other side of these challenges is often more insightful and spiritual, maturer and seasoned to take anything in life with aplomb.

A powerfully placed Shani makes the native calm, resolute, composed, attentive, cautious, clever, skillful, organised and an excellent executor. It inspires the native to be spiritually inclined. Shani is also the planet related to mysterious and deep, profound or even occult-related matters.

Although, an ill-located Shani generally has an unfavourable influence on a person’s life, it does not mean that Shani always brings tough times in a person’s life. If Shani is in its own Sign or exalted and is powerfully placed in one’s Kundali, it may take one to the top-most position in life, blessing him with wealth, prosperity and power. If Shani is strong, the Panoti, be it big or small, can prove to be an extraordinary phase for the native.

Currently, Saturn is moving in a reverse gear (retrograde) in the Sign of Sagittarius. This transit can have a HUGE IMPACT on your CAREER. Click on your Sun Sign to know what changes Saturn Retrograde will bring in your career.

You may follow the measures given below, in order to please Lord Shani on the occasion of Shani Jayanti –

If you have been facing troubles lately or have an ill-placed Shani in your Kundali, get an attuned and specially worshipped Shani Yantra, and institute it at your home/ office. Worship it daily, and you shall get wonderful results.

Combine your Shani Yantra pooja with any of the following regularly and on Shani Jayanti to appease Lord Shani and get great benefits.
1. Mix jaggery and sesame seeds and scatter the mixture in an area/ plot of land, preferably located outside the city, OR in an open area of land. You may also fill ant-holes with a mixture of flour and jaggery.
2. Jains can chant a maala, reciting the mantra – Om Hrim Munisuvratprabho Namastubhyam mamah shantihi shantihi.
3. Chant Puranokta Mantra during the day time. The Puranokta mantra is –
Nilanjan Samaabhaasam Raviputram Yamaagrajam |
Chhayaa maartand sambootam tam namaami shanaishcharam ||
4. Chant 11 maalaas of the mantra ‘Om Shan Shaneshcharay Namah’.
5. Things related to Shani such as black sesame seeds, oil, umbrella, blanket, footwear, things made out of iron, black beans, money and other food items should be donated to the poor and needy.
6. Recite Shani Stotra.
7. Worship a Dakshinamukhi (South-facing) Hanuman to appease Lord Shani. Consecrate the idol of Lord Hanuman with oil and seven seeds of black beans.
8. You may also recite Dasharath Uvaach Strotra and Piplaad Uvaach Stotra.
By offering prayers and pooja in this manner, you may be able to get rid of your problems and struggles. With the blessings of Shani, you may also be able to win arguments and conflicts. Those in businesses related to sectors like iron, heavy machinery and other factories may be able to attain success and growth by following the aforementioned measures.