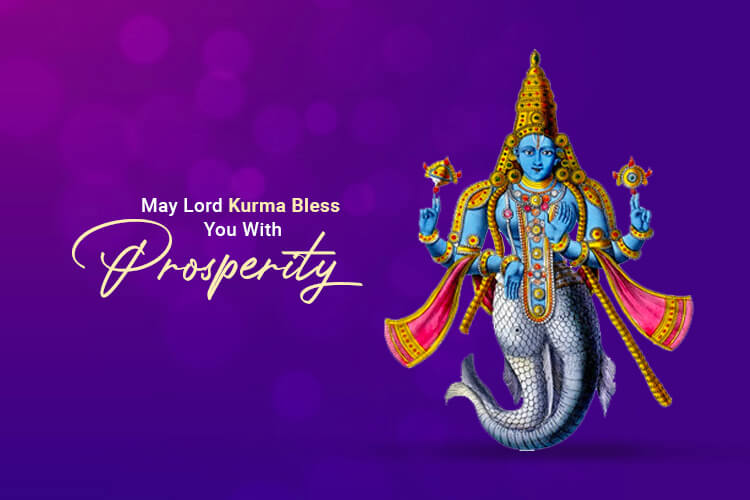 Being rich in its traditions and heritage, India celebrates an immensely important festival, Kurma Jayanti, well-known among Hindus. On this auspicious day, Lord Vishnu in his Kurma Avatar i.e. his 2nd incarnation is worshipped. People across the country treat this festival as a symbol of life and observe it with full fervour. Several rituals and puja vidhis are conducted in the temples of Lord Vishnu to gain blessings of prosperity and a long life.

As per the Hindu Calendar, Koorma Jayanti takes place during the Vaishakh month on the Purnima (Full Moon day). The date and tithi timings of Kurma Jayanti 2021 are as below:

People celebrate Kurma Jayanti as the day when Lord Vishnu was born in the form of a tortoise ‘Kurma’. According to the Hindu legends, it is said that on this particular day, Lord Vishnu had lifted the ‘Mandaranchal Parvat’ (mountain) on his back. He did this by taking birth as the Avatar of ‘Kurma’ when the ‘Ksheera Sagara Manthan’ was taking place. Since then, Kurma Jayanti is observed as the birthday of Lord Kurma. This second incarnation of Lord Vishnu is worshipped by the Hindus with utmost devotion and glory.

As per the Hindu Mythology, during the ‘Khseera Samudra Manthan’, the ‘Mandaranchal Parvat’ was used as the stick and Nagaraja Vasuki was taken as the cord to churn the ocean. Lord Vishnu summoned the Devas along with Asuras to begin the process of churning the ocean for drawing out the nectar of immortality. But the mountain started sinking, therefore Lord Vishnu appeared as a big tortoise and carried it on his back.

If the Kurma Avatar had not been there, the process of churning would have failed and the Gods would not have received the 14 divine gifts. In addition to this, the churning of the ocean also pulled out a poison named ‘Halahala’ that was consumed by Lord Shiva to save the Universe from calamity and destruction. From that time, Kurma Jayanti holds immense significance among Hindus and people express gratitude towards the eminence of Lord Vishnu.

What does your year ahead say for you? Get your 2021 Yearly Report written by experts and remain ahead of the upcoming challenges.

Lord Vishnu bestows everyone who worships him on this auspicious occasion with stability in life and success. One’s sins can be eliminated and they can attain good health, abundance, and happiness in life. You may also be empowered for overcoming competition or rivalry. Happy Kurma Jayanti to all.

Attract Good Luck With Your Personalised Horoscope On The Auspicious Day Of Kurma Jayanti! - Get Your Free Consultation!
With Ganesha's Grace,
The GaneshaSpeaks.com Team
Astrologers trained by Shri Bejan Daruwalla.