The Meaning of Chaturmas & Its Significance in Our Culture 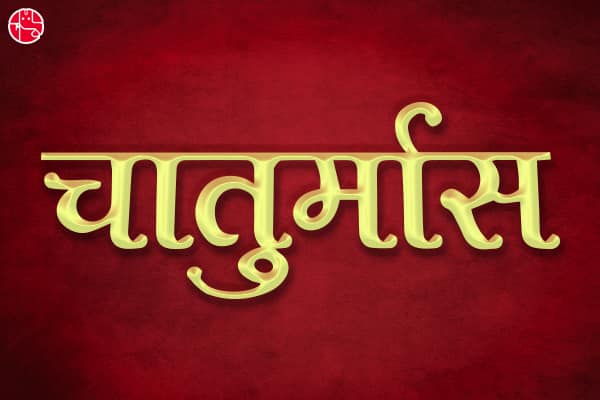 Chaturmas is being referred to in the above Shloka The word is derived from two Sanskrit words, (चतुर्), which means "four" and masa (मासः), means “month”.

‘Chaturmas’ literally means ‘four months.’ It is a holy period that consists of four months of the Hindu Calendar-Shravan, Bhadrapada, Ashwin and Kartik.

It is said in Hindu tradition that Lord Vishnu goes into Yog Nindra or sleep when he enchants Ksheer Sagar lake during this period. So the Ekadashi which falls on the eleventh day of Ashadh month, is called Devshayani Ekdashi which refers to Devas (DemiGods) going to sleep on this day. They are believed to wake up on the eleventh day of Kartik, hence called Prabodhini Ekadashi.

According to the tradition, Lord Vishnu goes into Yog Nidra on the enchanting Ksheer Sagar lake during this period. That is the reason why the Ekadashi, which falls at the beginning of Chaturmas, is called Devshayani Ekadashi. The Ekadashi at the end of Chaturmas is known as Dev Uthani Ekadashi, as it is the time for Lord Vishnu to come out of sleep. As Lord Vishnu is asleep during these four months, so people avoid undertaking any religious or auspicious activity during this period.

Worship Lord Vishnu, the nurturer to remove the sins of your past life, with an Online Vishnu Puja.

According to Bhavishyottara Puranan, King Mandata was the son of King Yuvanashva, and the king of the Ikshavaku dynasty. He was a king who was dutiful and living for his people. People were very happy and prosperous in his kingdom. Due to his religious nature and generosity, people did not face any problem, any diseases, and they prospered. But then the kingdom faced drought for three years. Due to lack of rain, the offerings to God, or Vedic Sacrifices or pooja for ancestors could not be performed.

The king was really very upset with the plight of his people. He tried to analyse his mistakes and performed many things to please the Rain God. But he failed. Then he met Sage Angiras, and he advised him to observe the Vrat (Fast) of Devshayani Ekadashi along with the people of his kingdom. The King and the people of the kingdom performed the Vrat, and he pleased Lord Vishnu, and it rained in his kingdom.

Chaturmas comes in the months of the rainy season. So, the atmosphere is quite different. The rainy season indicates that it becomes difficult for the ascetics to travel. So they prefer staying at one place and doing ascetic work and vrat.

As the rainy season is here, so many small insects come out, and they come in our feet. So the ascetics avoid moving around as their vow of non-violence would be broken.

As the season has changed and our mental state also undergoes a change. Our body reacts in a different way. Our digestive system experiences changes. So, eating plain food during this time is advisable. It has been noted by scientists that other than the digestive system, the uterus of the ladies get affected and more cases are recorded of it during this period; people avoid eating jaggery, milk products, spicy food, leafy vegetables, paan, supari, meat, tobacco, meat etc.

As the rains are there and with rains, the incidence of diseases is high. So what needs to be done is more care needs to be taken of health. So that our body comes at rest, occasional fasts and consumption of Sattvik food have been advised. There is a restriction to consume outside food.

Many festivals come during this period which increases the Sattva component. People keep fast, and the body gets purified.

The month of Shravan mas included in it is of special significance;in the month of Bhadrapada (Hindu Lunar Month), Mahalay Shraddha (Rituals to appease departed ancestors' subtle bodies is performed.

No auspicious ceremonies like Griha Pravesh or the launch of a new company are not done during this period. However, you can find the right dates for griha pravesh here: Auspicious Griha Pravesh Mujurats in 2021

Chaturmas According To Ayurveda

During these months, sprouted grains are consumed. As the humidity increases so it is advised that one should not consume curd as its consumption may lead to health issues of the digestive system. According to Ayurveda, consuming milk products and pulses can cause problems, so they need to be avoided at this time.

Jain monks’ practice Varshayog during Chaturmas. They perform vrat, fasting, maun vrat etc during this period. The monks stay at one place and perform vrat and preachings to protect their vow of non-violence.

Things to be done in Chaturmas

One should get up early in the morning and take a bath. One who observes Chaturmas should abstain from eating food. Foods such as milk products, brinjal, jaggery etc should be avoided. People worship Lord Vishnu. The idols of Lord Vishnu are given a sacred bath and mantras are chanted. One should do charity on the day of Devutthan Ekadashi or Chaturmas Ekadashi to the Brahmin. The Devutthan Ekadashi Vrat

In the year 2021, Devshatani Ekadashi will begin on 20th July. Its time starts from 10:00 pm on 19th July and ends at 7:20 am on 20th July.  The Adhik maas this year will begin on 18th September and Adhik mas and Chaturmas will end on 16th October.This is a holy day for the Hindu people. They take a bath in the morning and install the idol of Lord Vishnu on their altar. For more information on the auspicious dates, refer to Vedic Panchang.

You Can Empower Your Fortune With Special Puja On Festivals - Get Your Free Consultation!
With Ganesha's Grace,
The GaneshaSpeaks.com Team
Astrologers trained by Shri Bejan Daruwalla.