Christmas & Astrology: Discover The Connection Between Starry Christmas And The Stars 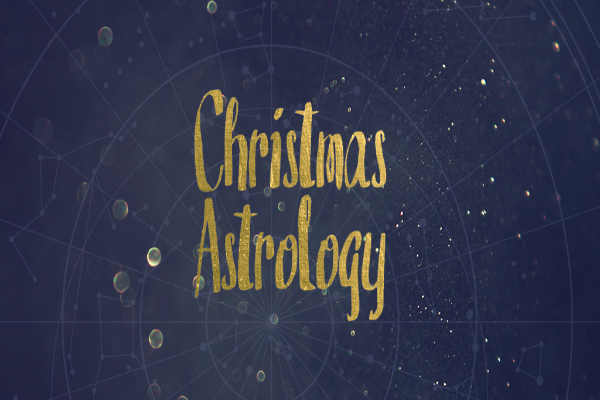 (Image Source: Internet)
Christmas celebrates the birth of Jesus Christ, the founder of Christianity. As per the Christian belief, Jesus Christ was born to guide humanity to the righteous way and restore the moral order. But for many people, Christmas also signifies a day given to complete enjoyment, excitement, fun and frolic. It is the day when children await their favourite gifts from the legendary Santa Claus. Also read about Astrology Christmas Gifts for Sun Signs.
Christmas is celebrated across the world and it has transcended the boundaries of creed and community. But we can't ignore another important aspect of this festival; yes, its strong astrological side. While discussing an occasion so ethereal as Christmas, we cannot and should not discount the message from the heavens. All the more so because the exact date of Christ's birth has been traced using astrological information mentioned in the records. Jesus Christ was the son of God, whose coming changed the scenario. Are you desiring a child but facing problems? Read Child Birth And Astrology article and find new ways to beget a healthy child.

Christmas And The Callings From Heaven

The relationship between Astrology and the birthday of Jesus Christ is well established by the fact that the three wise men who were travelling to search the New King  (Jesus Christ) were guided by a “Star”. It is believed that these stars belonged to a cluster, with bright Jupiter at the centre. Divine grace is important to make our life prosperous. Life can also change if we take the help of Astrology. Do you want to grow financially? If yes, avail the Free 2018 Finance Report.

The exact birth year of Jesus Christ is not known clearly as there has been no concrete recorded evidence to prove the same. However, astrologers around the world have concluded that Jesus would have been born anywhere between 5 and 7 BC by working backwards from the period of the Lord's crucifixion. Some astrologers claim that Jesus was born in the year 7 BC, at 1:21 am in Bethlehem (present day Israel). Also read how do different sun signs celebrate Christmas.

December 25 is the officially fixed birth date of Jesus Christ. It coincides with the return of the Sun at the winter solstice. This solstice marks the entry of the Sun into the Capricorn sign whose ruling planet is Saturn. On this day, the Sun appears to stop over the tropic of Capricorn and begins its journey to North. Are you interested in knowing your future? If yes, buy the 2018 Detailed Yearly Report.

Jesus And The Sun

There are different factors linking Jesus to the Sun. Jesus was identified with the Sun based on a verse of the Old Testament. According to an early sermon given by Saint Augustine, Jesus chose to be born on the shortest day of the year for symbolic reasons. He was born on the shortest day of the year from which the subsequent days begin to increase in length indicating the increase of light. Lord Jesus was called as “the light of the world” by John. Also, there is the belief that creation began at the spring equinox (March 25), with the conception or birth of Jesus on March 28, which is, in Genesis, the day of creation of the sun. For this reason, Malachi the prophet described him as the sun of righteousness.
With Ganesha's Grace,
The GaneshaSpeaks.com Team
To Get Your Personalised Solutions! Talk To Astrologer Now.
Share