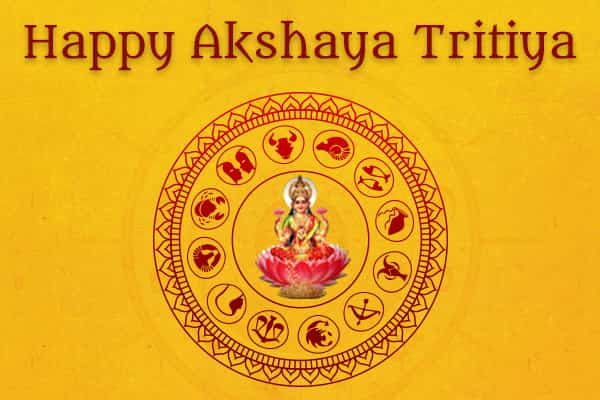 This year 2017, Akshaya Tritiya or Akha Teej falls on 28th April and it is going to be celebrated on the third lunar day of Vaishakha month’s Shukla Paksha in Hindu and Jain Calendar. As per Vedic Astrology, there are very few other days like Akha Teej in Hindu festivals which are considered so auspicious.

According to the Hindu tradition, there are three Vijay Muhurats – Vasant Panchami, Akshaya Tritiya and Dussehra occur every year. One can do any work without hesitation on these three days, as they are considered very auspicious for activities like engagement and marriage, commencing new activity or business, inauguration, buying vehicle, property, assets, gold, silver, precious items, charity, and all other auspicious activities. Akshaya Tritiya festival holds huge importance in the lives of people. Do you want to know what your stars say about your wealth? Get Wealth Ask A Question Report.

It is said that the impact of Akshaya Tritiya Tithi never diminishes in any era. Hence, the results of any auspicious activity done on this day will last forever. Moreover, one gets everlasting Punya for all good deeds done on the Akshaya Tritiya day like Jap, Yagna, Pitru Tarpan and Charity. Donating Barley/Oats, Wheat, Rice, Chickpeas and other cereals also lead to excellent results.

Farmers worship their plough on this day and start ploughing their fields to prepare the land for monsoon crops before it begins to rain. Akshaya Tritiya is regarded as an auspicious day, as it leads to success and accomplishment. Do you want to know about your career? Purchase 2017 Career Report.

Akshay Tritiya: Its Importance In The Hindu Tradition

This year on Akshaya Tritiya, the Auspicious Timings – Muhurats for buying gold, vehicle, property or any other precious items are as follows: