Ahoi Ashtami 2020: Significance of worshipping Ahoi Mata on this Day 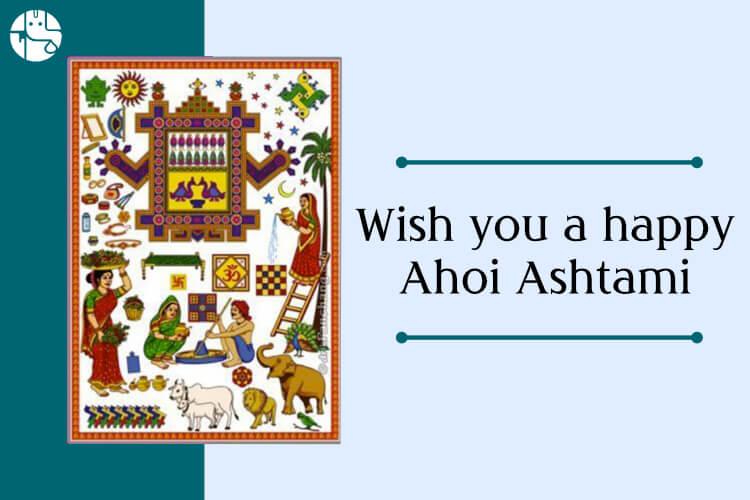 Ahoi Ashtami festival is a well-known festival celebrated all across Northern India before the start of Deepawali and after “Karwa Chauth”. The day is also known as “Ahoi Aathe”. Traditionally, on this day women observed the fast till twilight for the well-being of her children. After darkness, they break the fast by sighting the stars. Some women even break the fast by sighting the Moon but it might be difficult to follow the fast as the Moon rises very late in the night.

Basically, Ahoi Ashtami is a festival for the son, in which all the mothers observe the fast from the day to dusk for the well-being of her son. On this day, all the mothers worship the deity Ahoi with utmost fervour and pray for their child’s well being.

The story of this festival starts with the women who had 7 sons. Once when the only few days were left for Diwali the family was engaged in cleaning the house. This Diwali you can invite prosperity, luck, and blessings of Goddess Lakshmi with Meru Prushth Shree Yantra. while renovating the house, she went to collect mud from an open pit near the River. While digging the soil, she unknowingly killed the offspring of the hedgehog (sei), who later cursed her. Thereafter, the curse proved fatal for their son and one by one she lost all the seven sons. She realised that this is because of that curse, and to shed this curse, she observed six-day long fast and prayed to Ahoi Mata. Seeing her devotion, Mata Ahoi pleased and gave her all the seven sons back.

This festival is akin to the festival Karva Chauth,the only difference is that Karva Chauth is for Husband’s well-being and Ahoi festival is for the well being of the son. On this day, all the women or mothers wake up early in the morning and take a bath. Later, she takes a pledge or “Sankalp” that she will observe and complete the fast, and then they perform the vrat without food and water until the sighting of the Star or Moon in the dark sky.

Ahoi Ashtami vrat is supposed to be done before the sunset.

In case you are not able to perform these rituals, let our experts perform Puja for you at the comfort of your home.