The stars seem to be giving a license to 'Party All Night' to Honey Singh in 2016... 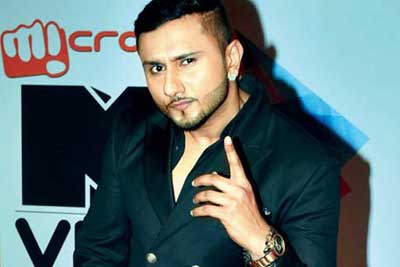 Honey Singh or Yo Yo Honey Singh or just Yo Yo, is a star who has fans as well as critics probably in an equal measure. With zany lyrics, peppy music beats, gold chains as thick as cycle chains, trendy caps, stylish yet queer rings, flashy sunglasses, attractive women gracing the background, expensive cars, etc as the core ingredients of his music works, Honey Singh has developed a unique persona of his own and we can't resist tapping our feet to his music tracks! From nightclubs to discothèques, from parties to wedding DJ nights, this guy's music tracks serve as a staple and he thus enjoys great popularity!  Such is his popularity amongst the youth that many youngsters even impersonate and ape his trademark style! The artist who has delivered tracks like - 'Chaar Bottle Vodka' and 'Party All Night' celebrates his birthday on 15th March. Let's find out the starry picture in store for him in the upcoming year...
Honey Singh
15th March, 1983
Unknown
Hoshiarpur, Punjab, India
SURYA KUNDLI

Astrological Observations:
• Till 11th August, 2016, transiting Jupiter will be aspecting his Natal Mercury and Venus.
• Transiting Jupiter will aspect Singh's Natal Moon, Sun and Mars post 11th August, 2016, (Moon didn't change sign between 00 hours and 23 hours 59 min. of his birthday so it's safe to consider  Moon's placement in the Sign of Pisces.
• Saturn will be transiting over his Natal Jupiter during the next 1 year.
• Ketu will be transiting over Natal Mercury till August 2017.
Astrological Predictions:
Yo Yo to Spring Surprises?
• Ganesha feels that Yo Yo will be the one to watch out for in the period between 28 March to 20 May. He may come up with some peppy track or may announce the start of a new project. Things will work out well for him in this period. Even otherwise, the year ahead seems considerably productive for the 'Blue Eyes' artist.
Where's the money 'Honey'?!
• Ganesha feels that the planetary picture is quite favourable for Honey in matters of wealth. He will be able to make some smart investments as well. In short, he may mint money during the year  ahead.
Stay away from controversies!
• Ganesha advises Honey to avoid giving very bold statements, as there high chances of getting surrounded by controversies. Ketu's transit over Mercury may make things messy and his communication a bit clouded.
Honey the Actor...
• As an actor, there may not be too many things on his platter in the year ahead. But as a singer and music-maker, he will continue giving hits.
The Golden Period:
• One of the best periods for him will be starting from 11th August,  2016. With an increase in optimism, there will also be a surge of new offers and activity. He will be able tk come up with better works and songs. Ganesha says that this conducive period will last for two years.
With Ganesha's Grace,
The GaneshaSpeaks.com Team
Share