Will we see more of Vivek Oberoi in the coming times? 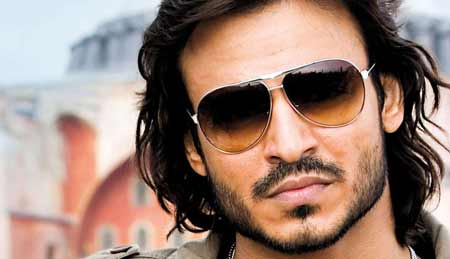 When you think about Vivek Oberoi- the first thing that comes to your mind is his charming smile that can brighten anyone's mood! That hummable tune from the movie- Saathiya sung by Sonu Nigam would be the second thing that would come into your mind and with that we get in mind the image of a young, handsome Vivek Oberoi with that fresh smile on his face. Most famous for his roles in Yuva, Masti, Omkara and Shootout at Lokhandwala- Vivek has offered a lot of variety to his fans and has played each role to perfection, a Virgo that he is! Being the son of the famous yesteryear actor Suresh Oberoi, Vivek has carved his own niche and is an actor of his own league. Married to Priyanka Alva, he has two children, Son- Vivaan Veer Oberoi and Daughter - Ameyaa Nirvana Oberoi. In the recent years, the audiences have not seen much of him on the silver screen. Will he get back to acting full time? Recently, he was quoted as saying that he would love to create films with a 'human touch'. Does this mean Vivek is preparing to step into director's shoes? Well, will he be able to? Ganesha looks at the dapper actor's Solar Horoscope to predict the way ahead for him.
Vivek Oberoi.

Owing to the unavailability of the Birth time of the celebrity, the following predictions have been done basis his Solar Horoscope.