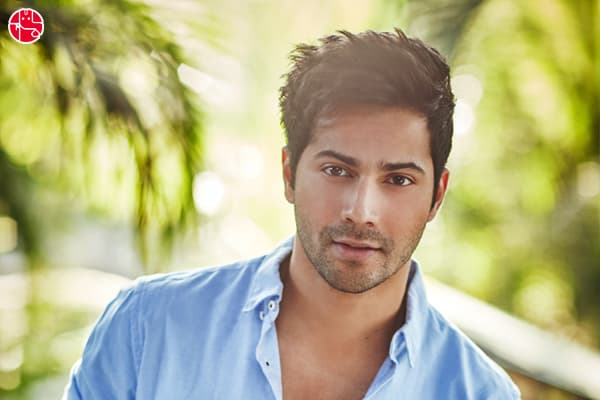 (Image Source: Internet)
The smart and handsome Bollywood actor Varun Dhawan has mesmerised the audience time and again with his fabulous acting and cool style. Varun has won accolades far and wide for his stellar performance in several hit movies.
He is enjoying a golden present. But will his future turn out to be as promising? Well, Ganesha has probed Varun Dhawan's horoscope to know his future. Here are the findings:
Varun Dhawan
Date of Birth: 24th  April 1987
Birth Time: Not Known
Place of Birth: Mumbai, Maharashtra, India
Surya Kundli

Varun Dhawan Is Unique And Imaginative

Sun is exalted in the chart, which shows the potential of artistic and creative skills as per Varun Dhawan horoscope. Mercury, the Lord of the third house is in a debilitated sign, however with the exalted Venus. Jupiter is placed in its own sign Pisces which is the most imaginative sign. Thus, Varun Dhawan is unique in his work and has developed his own style of working. This is clearly seen in his movies. Varun Dhawan's smart ways have helped him in profession. Will your unique style help you boost your business? Get the 2018 Business Report and find out.

Rahu Has Made Him Spontaneous

A Stellium is being formed in his chart in the 12th house and with Rahu being one of these planets, it has created a very useful trait according to Varun Dhawan Kundli. This has made Varun Dhawan very spontaneous which has helped him in the acting profession.

He Commands A Good Sense Of Humour

Besides, the Lord of Ascendant Mars is placed in the second house and is being aspected by the Saturn. This has made him a hardworking and dedicated person as is seen from his birth chart. Besides, this placement has also given him a sense of humour and seriousness at the same time. He also enjoys good chemistry with several actors and actresses like Alia Bhatt.

Rahu transiting in the 4th house may trigger big developments in his personal life. These developments may create a positive trend. It may also set in an auspicious phase in his life as per Varun Dhawan 2017 predictions.

Planets Indicate That Marriage Is On The Cards

Besides, as the 7th house indicates marriage, he is likely to get hitched with his girlfriend soon as is seen from his love horoscope. This period is good to ring the wedding bells and to start an altogether new chapter in life according to his life predictions.

Saturn's current transit is going to influence his life in a big manner as per the astrological predictions. Saturn will be transiting through the 9th house which will help him gain fame. Besides, Jupiter is transiting through the 7th house and is aspecting the natal Sun. This also shows increase in his popularity and success during the period as per his career analysis. Varun Dhawan's popularity will imply more money for him. Are you concerned about your financial situation? You can settle your worries if you get the Free 2018 Finance Report.

As per the planetary effects, his health will be far better now. He will bring about a significant change in his physique. His new avatar will be shown very well in his upcoming movies. We will also see more of his stunt scenes. He will be fitter and stronger for his roles.

He May Invest In Shares

Due to Jupiter's transit, his finances are likely to get a boost. He may invest his money in the speculative market. He may even buy a new house or property. He will manage his finances in a good manner.

He Will Do Well In His Upcoming Movies

Ketu's transit through the 10th house of Profession will be an important period. He will bring more variation in the kind of work which he does. He will perform well in the upcoming movies and his work will be appreciated by everyone. His fans will be delighted to watch him perform so well, according to his career astrology.
With Ganesha's Grace,
Aakanksha Jhunjhunwala
The GaneshaSpeaks.com Team
For Instant Solutions! Talk To Astrologer Now.
Share