The Year Ahead May Bring Out The Best In Twinkle Khanna, Feels Ganesha 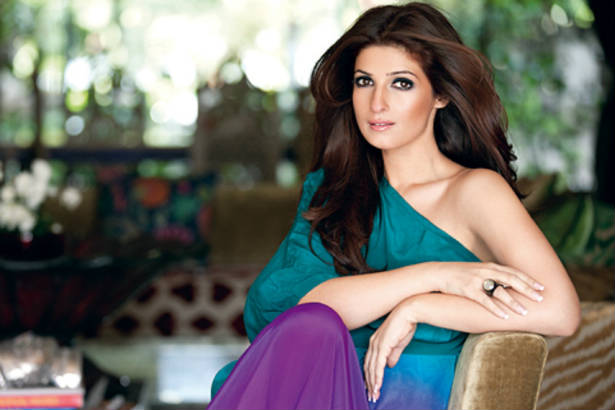 The old adage that "what you lose on the swings, you make up on the roundabouts" seems quite apt when applied to the life of Twinkle Khanna, who bombed in Bollywood, but has been a great hit as a writer. To be sure, Twinkle Khanna actually began with a bang in Bollywood, winning the Filmfare Award for Best Female Debut for her role in Barsaat, a 1995 romance story, but did not reap too much success later. Twinkle Khanna quit acting and took up interior designing, and became a newspaper columnist, before writing her first book "Mrs Funnybones", which sold over 100,000 copies, making her India's highest-selling female writer of 2015. Daughter of Rajesh Khanna and Dimple Kapadia, Twinkle Khanna's next book "The Legend Of Lakshmi Prasad" has been at the No.2 position on Amazon since its release and has won a lot of critical acclaim. Twinkle Khanna is also a popular columnist for DNA and The Times Of India. Controversial statements in her blogs is another thing that has added to Twinkle Khanna's popularity as a blogger. Ganesha digs into her kundali and predicts that Twinkle will continue to blaze her own trail, and will even get support from all quarters.
Tina Jatin Khanna
Date of Birth: 29 December 1974
Birth Time: Not Known
Place of Birth: Bombay, Maharashtra, India
Surya Kundli

Twinkle Khanna: Controversies Will Not Hamper Her Work

Observing Twinkle Khanna Surya Kundli, Ganesha notes that the natural malefic planet Saturn has been transiting over natal Sun through the 1st house which also aspects the 10th house. Thus, the affliction of natal Sun and 10th house could be the root cause of such controversies in Twinkle Khanna's public life. As the time progresses, transiting Saturn will also become retrograde in the 12th house. So, the period between May 2017 to July 2017 also looks relatively more influential in terms of controversies. Twinkle Khanna is likely to remain as talk of the town for her own statements, views, or opinions. So, Ganesha advises Twinkle Khanna to remain careful before taking any judgmental stance for any person or organization. However, such controversies may not affect her career, profession or business in any manner.
Get Solutions To Any Issues With Ask Any Question Report

Twinkle Khanna: Her Career As A Writer And Film Producer Look Bright

Natal Moon is influenced by Mercury's sign. Plus, natal Mercury is conjunct with Venus in Jupiter's sign. All these factors indicate that Twinkle Khanna will be a very clever businessperson and will be very flexible in her approach. Twinkle Khanna will be able to adapt well to the new market trends and will come up with good techniques to attract customers. She is a person who will never shy from taking risks and exploring the terrains less traversed. Twinkle Khanna's career as film producer, designer and writer looks bright in the future. As natal Saturn and Sun are in opposition, she will always aspire to do something very different and will never like following the common trends.
Get Career Guidance For 2017 With 2017 Career Report

Twinkle Khanna: Stars Will Support Her In The Year Ahead

During this year, benefic planet Jupiter will be transiting favorably. Thus, she is likely to enjoy great support from B-Town, government, and also with people in high positions of power. Twinkle Khanna will gradually be able to develop greater rapport and business relations with few top consumer brands. Twinkle Khanna is likely to reap benefits of her hard work and may showcase her abilities best in this year. However, Saturn's transit over natal Sun suggests her to avoid too much hard-work as it may lead to fatigue and tiredness.
With Ganesha's Grace,
Malav Bhatt (Bhattacharya)
The GaneshaSpeaks.com Team
Share