Will Shahid’s future be a roller coaster ride or will he finally continue to climb the stairs of success? 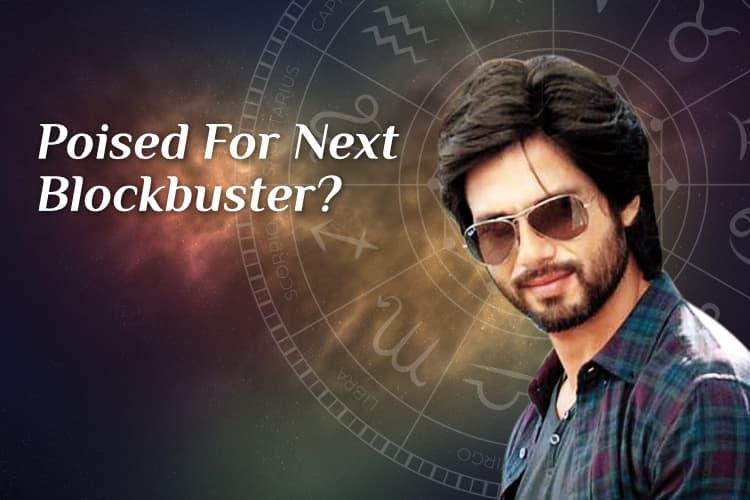 Shahid Kapoor is one of the Bollywood celebrities who started his Bollywood career as a background dancer. He danced behind celebrities in the songs, 'Kahin Aag Lage Lag Jaye' from the movie Taal, 'Mujhko Hui Na Khabar' in the movie Dil Toh Pagal Hai. He made his debut with the movie Ishq Vishk and received the Filmfare Award for Best Male Debut for the same. He has had some major flops in his career like Shikhar, Fool & Final. Yet, he has never failed to make a comeback by getting into the skin of a unique character for a role. He gave some average hit films such as Chup Chup Ke and 36 China town. He has tried to experiment with all kinds of genres like comedy, action or intense and historical roles. He received ‘Best Actor’ for Haider and the ‘Critics Award’ for Udta Punjab. He married Mira Rajput in 2015 and they are now parents to two beautiful kids. . His latest film Kabir Singh proved to be a blockbuster, earning a gross collection of Rs 379 crores worldwide. The chirpy and affable frat boy is currently working on a movie called Jersey which is expected to be released in 2020. So, will his future be a roller coaster ride like the past or will he finally continue to climb the stairs of success? Read on and find out what future holds for this amazing actor. Ganesha studies the Bollywood star Shahid Kapoor’s birth chart.

Astrological observation and Predictions based on Surya Kundali

(Note: As the time of birth is unknown, predictions are based on Surya Kundli birth chart)

According to the analysis of the prediction, the coming period seems to be in favor of Shahid Kapoor. As per Vedic Astrology, the majestic Sun is placed in the Aquarius sign.

Let’s see what Shahid Kapoor’s zodiac sign has to say. His planetary combinations indicate that he is spontaneous, inventive, original and unique. Yet he always seems to operate on intuition and impulse. He has a very friendly and charming personality. Venus, which is the signifier of performing arts, is placed in the sign of Saturn which has given him an inclination towards performing arts. He is a hard-working individual and this quality has always helped him do justice to the roles that he has performed.

Unable to deal with the overwhelming stress of career and feeling stuck? Talk to our expert and friendly astrologers now!

The current transit of Saturn is through the 12th house of hospitals and unexpected troubles over the natal Mercury and Ketu. He is advised to take sufficient rest between his busy hours or else his health may take a hit. He might be able to maintain his health by remaining aware of it. He is likely to face some delays in the completion of his movies because of health issues.

Jupiter, which is the Lord of the 2nd house of finance and 11th house of gains is transiting through the 11th house, which is a positive transit. Jupiter is also the signifier of wealth which may gradually help him improve his financial condition. "He may expect to bag good roles in films being made by reputed directors which may enhance his accomplishments.

Overall, the upcoming period  looks moderate for him. His planetary combinations may help him in realizing his dreams. He might be able to enjoy the success which may come after hard work.Get to know what your future holds for you with your free personalized Janampatri!