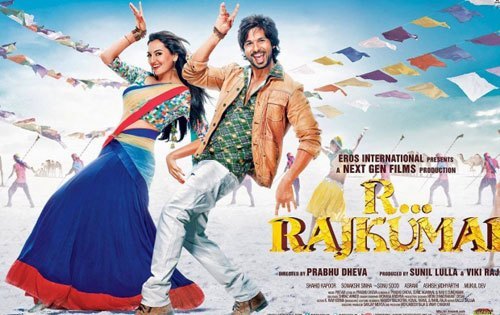 Each Friday, a new movie hits the silver screen and the following week decides its fortune at the box-office. But Friday, December 6 2013, is not going to be just another Friday at the Box-office, especially for Shahid Kapoor, as R… Rajkumar starring him and Sonakshi Sinha will be releasing on this day. Despite his acting skills and extraordinary dance moves, Shahid has been unable to give a hit for a long time now. Hence, it will be interesting to see if R… Rajkumar becomes a turning point in his career. For Sonakshi, too, this is going to be an important film as she is yet to make a mark in Bollywood for her acting skills. This directorial venture of Prabhudeva also stars Sonu Sood and Ashish Vidyarthi, in the negative roles. Ace music director Pritam has composed music for this film, two of the songs are already quite hit with the masses.

All the speculations about the success of R…Rajkumar will finally on December 6, when it will release globally. Ganesha analyses the release time chart and predicts whether audiences would appreciate R… Rajkumar. Read on to know Ganesha’s interesting observations.

In short, R… Rajkumar is going to do better than average business at box office, says Ganesha.
Ganesha’s Grace,