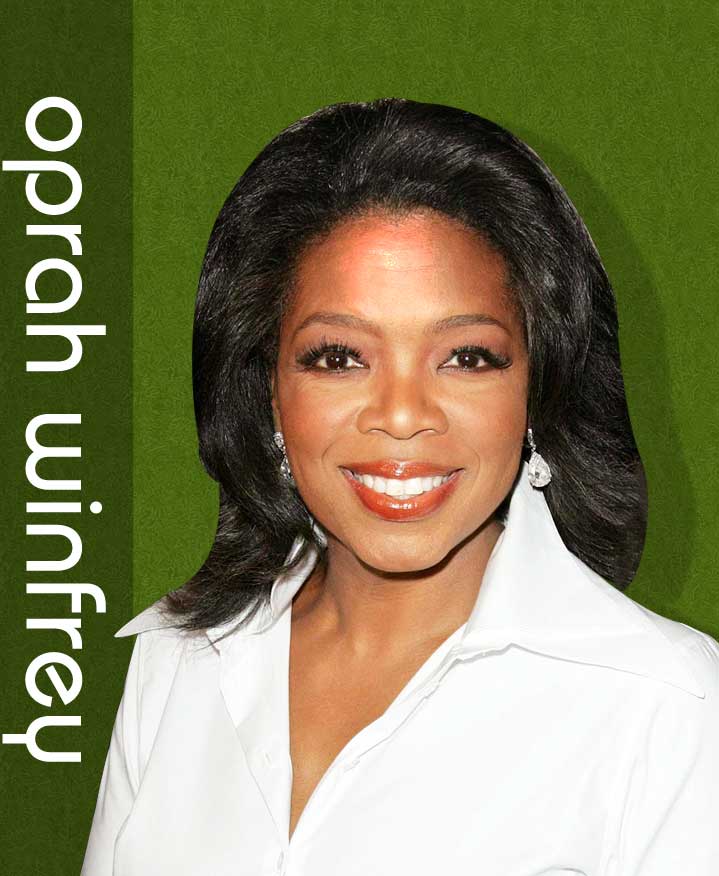 Oprah Winfrey, the much-talked about face on the America television - 'The Oprah Winfrey Show' is the highest-rated talk show in the history of television- is no more interested in full time public appearances. Though her impressive face makes it to the cover pages of top magazines, she refuses to have her entire body featured on them. The reason. Winfrey has been diagnosed of a thyroid problem. Will she be able to tackle this weight problem, Ganesha finds out.

The popular TV talk show host Oprah Winfrey has multiple raja yogas. Venus the significator of Arts and entertainment is placed with the Ascendant Lord Sun and in exchange with Saturn in trine with Jupiter, the Lord of the 5th house(house of performance). She has Atmakaraka Mercury which is  exalted in the Navmansa chart indicating excellent communicative skills and superb analytical abilities. Combust Venus might have ruined her married life but it has certainly helped her in achieving popularity through her creative abilities.

Everyone knows that she is very depressed and displeased with her current weight and is seeking to turn things around in 2009. In her chart the Lord of Ascendant Sun is placed in the 6th house and the transiting Rahu is moving closely over the natal Sun. Adding to this, the Lord of the 6th house Saturn is moving in the Ascendant and also aspecting the 10th house.  So health concern is very much obvious in her case. This may lead to a sort of dampening effect in her career, this time around. Things may seem to slow down here. The ratings of her show have been falling and various projects are not going as per her expectations which might have had some influence on her health status as well.

The upcoming solar eclipse will occur in her 6th house over the natal Sun. So her prime focus will be on personal health, employment environments and job relationships. She will be more health conscious and may try to improve her work practices though strict discipline. A positive response to this Solar Eclipse effects may result in better health and nutritional practices. She should not take more than she can handle, to avoid anxieties. She should not over-burden herself, instead go easy and slow to avoid any major health issues. She is currently running Moon-Venus period and Venus is involved in Rajayogas in her chart. The transiting Jupiter would be moving over the natal Venus in trine with natal Jupiter. The transiting Venus in Pisces will also help her in the year 2009. So if she can maintain her health, she can bounce back between February and May 2009.