Fantastic progress and success awaits Zuckerberg in 2016 and he shall dazzle with his charisma! 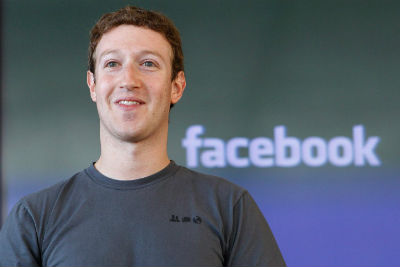 Mark Zuckerberg is surely one of the greatest phenomenons to happen in the 21st Century! The Co-Founder, Chairman and Chief Executive Officer of the most popular social networking sites in the world – Facebook, is a rare genius, whose glory is very difficult to comprehend. He is one of those business tycoons, who has achieved all things outstanding at a very young age! His personal wealth, as of December 2015, is estimated to be 46 Billion USD, and please do not forget, he is just 31, and he was a billionaire by the time he was 23! Facebook – the brainchild of his, which was founded in the year 2004, on the 4th of February, has now become one of the most highly used social networking websites in the world and one of the highest-grossing companies ever, so far! The technology wonder, who has won the awe of millions of youngsters the world over, claims to know languages such as French, Hebrew, Latin and Ancient Greek , has since 2010, been named amongst the 100 wealthiest and most influential people in the world by the Time Magazine. Such is his fame and splendour, that already a film named – The Social Network has been made on him, which gained was received very well worldwide! What sort of planetary combinations would be present in the Birth Chart of Mark Zuckerberg? What makes him so successful and famous? Let's check out...
Mark Zuckerberg – CEO of Facebook
Date of Birth: 14th May, 1984
Place of Birth: Dobbs Ferry, (NY) , USA
Time of Birth: 14.39 Hrs.
NATAL CHART