The Natal Chart of Lata Mangeshkar makes for a Model Chart – with exceptionally strong benefics! 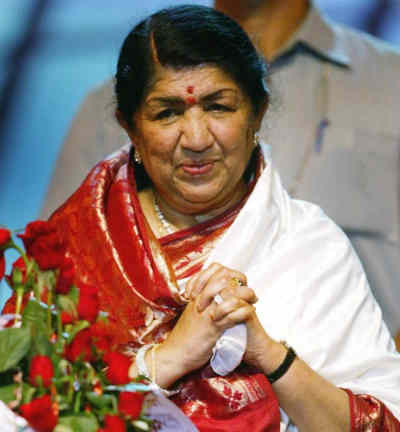 Jupiter in the Ascendant, Venus in the 4th House and Moon in its own House in the 3rd House! What better power of the benefics can you expect! Find out the detailed planetary picture of the endearing icon in the article below!
Wonder what makes Lata so skillful at so many languages? Then, planet Mercury holds the key! Find out in the article, what special distinction Lata Di's Mercury holds!
'Lata Mangeshkar' – the name immediately connects us to some of the best musical delights we have ever experienced in our lifetime so far! In a career spanning over 7 decades, she has rendered her soulful voice to around 50,000 songs in over 1000 films, and that too in around 36 regional and international languages! She is the Guiness Book of World Records' highest recorded singer/artist! Isn't it a bit too hard to believe? But yes, this is what makes her so special and so distinguished! She is undoubtedly the diamond of India, in the field of Music! She has also been conferred upon the Bharat Ratna, apart from innumerable other awards.
This awe-strikingly brilliant jewel of India turns a year older on 28 September. Check out Ganesha's special astrological analysis, which will make you understand the glory of the Legendary Icon, from a different perspective...
Lata Mangeshkar
Date of Birth  :- 28th September 1929
Time of Birth  :- 21.50 pm
Place of Birth :- Indore
NATAL KUNDLI

The Highlights of the Natal Chart of the Beautiful Voice of India – Lata Mangeshkar:
Ganesha wishes a great time ahead to Lata Mangeshkar and wishes her a happy birthday.
With Ganesha’s Grace,
Kashyap Rawal
The GaneshaSpeaks.com Team
Share