With a lot of activity awaiting her, Lady Gaga looks set to rock the year ahead! 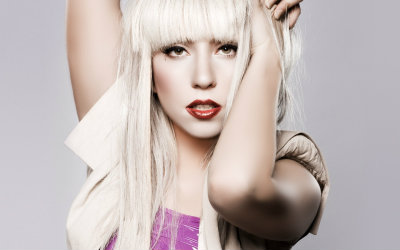 Dishing out some hit numbers in the year ahead, Lady Gaga will make us all go 'Gaga'!
Eccentricity and out-of-the-world fashion statements make for some of the most apt descriptive terms for Stefani Joanne Angelina Germanotta, known by her screen name – Lady Gaga. She is an artist with a sense of stardom, which no other star or celebrity ever has dared to try out. Lady Gaga will be feted as Billboard's 2015 Woman of the Year, succeeding Taylor Swift, who appeared at last year's intimate event that also celebrated Aretha Franklin, Ariana Grande, Iggy Azalea, Jessie J, Charli XCX and Idina Menzel. What do the stars indicate about this 'star' who has never shied away from trying out the unusual and presenting to the world some mind-blowing concepts of art and fashion? Check out what Ganesha predicts for the ever-intriguing Lady Gaga...
Lady Gaga
Date of Birth :- 28th March, 1986
Time of Birth :- 17.05 Hrs.
Place of Birth :- New York, USA
NATAL CHART

1) What lies ahead for the star with the unusual sense of fashion?
Important astrological observations:
Multiple Projects in her kitty...
Going 'Gaga' over being Busy!
Public Image...
Jupiter's sub-period ensuring joy!
2) Will she be able to deliver some more hit numbers in the year ahead?
Hit-songs and Numbers...
3) What makes her the eccentric icon that she is, as she is known for weird and out-of-the-box fashion concepts?
Venus-Rahu and Moon-Ketu – fuel for the Eccentricity!
Vargottam Planets adding power to the chart...
Ganesha wishes a great time ahead to Lady Gaga.
With Ganesha's Grace,
Rantidev A. Upadhyay
The GaneshaSpeaks.com Team
Share