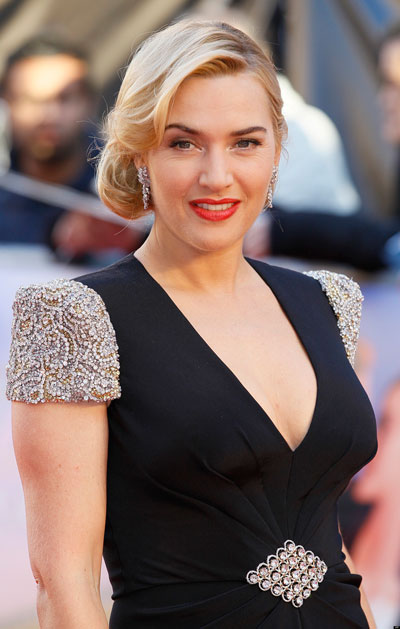 "Enjoy the surge of films and increased popularity coming your way post 30 January, 2016!" - Ganesha's message to Kate.
Half the problems shall cease to exist Post January 2016!
Kate Winslet makes for a delight to talk about! This scintillating English beauty who wowed millions of movie-goers and rose to international fame with her role of 'Rose' in the cult voyage film directed by James Cameron – Titanic, is one of the most successful actresses of all-time! With the ethereal beauty, sublime elegance, extraordinary grace and tonloads of charm, Kate commands tremendous fan-following all over the world! This stylish Libran is currently busy promoting her upcoming film 'Jobs' with her co-star Michael Fassbender and the film is set to hit the theatres on 9 October, that is just 4 days after her birthday! On this birthday of the wonderful actress, Ganesha takes a look at her Natal Chart and sketches an astrological portrait of her year ahead. Read on!
Kate Winslet: Actress, Hollywood
Date of Birth :-  05th October , 1975
Time of Birth :-  07.15 A.M
Place of Birth :- Reading, U.K
NATAL CHART

Important astrological observations:
The times ahead:
Movies and Activity Quotient:
Bust the stress!
Matters of Health...
Career Graph Shooting Up!
Marital Bliss or Blues?!
Decide or not to decide!
Ganesha wishes a great time ahead to Kate Winslet on this birthday .
With Ganesha's Grace,
Rantidev A. Upadhyay
The GaneshaSpeaks.com Team
Share