Will Kapil Sharma Stage A Massive Comeback With His Movie Firangi? Know What Ganesha Says 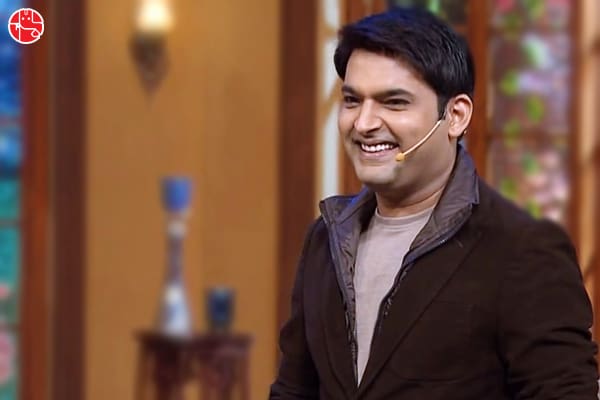 (Image Source: Internet)
The name Kapil Sharma, the leading stand-up comedian of the nation, is synonymous with jest and humour. He has amused and enthralled masses and classes with his unfailing wit and the comical aspect. At the same time, he has been at the centre of controversies, which has dented his image and professional prospects. As his movie Firangi is all set to be released, the big question is whether he will stage a massive comeback with this movie. Continue reading to find what Ganesha says about his future after analysing his horoscope:
Kapil Sharma
Date of Birth: 2nd April, 1981
Birth Time: Unavailable
Place of Birth: Amritsar, Punjab, India
Surya Kundli

Considering his Surya Kundli, it is found that the 10th house Lord Jupiter is transiting through the 8th house. This indicates that he may face numerous obstructions and obstacles in every aspect of his life, including on the business front. Thus, the times ahead are not at all rosy  as per Kapil Sharma kundli. In fact, they are filled with challenges and difficulties. How far can this celebrity meet and address these challenges is the big question. He may face obstacles in his future life. But how will your future fare? You can know various details about your future. Buy the 2018 Detailed Yearly Report.

Applause For His Role In Firangi

Kapil Sharma has already established him with TV shows like Comedy Nights with Kapil, The Kapil Sharma Show, etc. Now his overall performance in his upcoming movie Firangi will be largely applauded by his fans according to Kapil Sharma birth chart. However, he may also face stiff competition from his rivals and his movie may struggle to be successful at the box office. Thus, a tremendous success for this movie is not foreseen. But his individual performance in the movie will be a success and it will add another feather in his cap. Kapil Sharma's success in the movie Firangi will also raise his earnings. Do you want to know about the future of your finances? Get the Free 2018 Finance Report and know it.

Social Status Will Be Unaffected

It is felt that the planetary positions may generally remain below average for him in business and profession until the end of August 2018. He may exhibit a little more aggressiveness in his attitude as per the predictions as per his Aries Zodiac sign. He may face some difficulties in public life according to Saturn in Sagittarius. But that is not going to impact his image and status. He will grow in personal stature from September 2018 onwards according to Kapil Sharma birth chart analysis.

In the period from September 2018 onwards, he will get comfort and materialistic pleasures. This period will also be good for his profession as he will get positive results with less efforts. Kapil Sharma may make progress in the profession and even gain more fans as per Vedic Astrology.

Creative Works To Win Him Laurels

Besides, post-September 2018, he will be involved in artistic and creative activities. Kapil Sharma will develop an inclination towards such things and will get absorbed in them. These activities are bound to win him laurels. He is likely to win respect, praises and appreciation for his contribution to such artistic pursuits.

In his Surya Kundli, Rahu is in the 5th house. Hence, the period till December 2018 will require patience and caution in relationship issues as per Rahu Ketu transit effects. Kapil Sharma is likely to face difficulties in his personal relationships during this phase. There may also develop some friction in his public relationships. He may even temporarily strain his rapport with someone close to him.

Gossips About His Relationships

There will be rumours and gossips regarding his relationships. This may somewhat disturb him. However, planetary forces do not indicate any strong signs of his getting involved in a relationship. At the same time, the influence of Rahu may make him react sharply to the rumours about his relationship. This may put Kapil Sharma in a difficult situation. He has to be careful.

As natal Venus is exalted and conjunct with two important planets, he is highly versatile in his nature and behaviour.  From September 2018, he may get more engrossed in his dreams and fantasies. Kapil Sharma may even want to gather knowledge of scriptures and mystical  subjects. This is going to bring him some peace and calm.

Kapil Sharma is likely to emerge as an intellectual and even make concrete gains in his financial standing. These developments will bring him a lot of happiness and satisfaction. However, he may not remain positive all the time. There is a possibility that he may pick up quarrels with the people around him when he is in a negative frame of mind. Thus, it's a mixed bag of fortune for him in the near future.
With Ganesha's Grace,
Malav Bhatt (Bhattacharya)
The GaneshaSpeaks.com Team
To Get Your Personalised Solutions! Talk To Astrologer Now.
Other Related Articles:
1) Shahrukh Khan Will Fail To Make It Big In 2018, Predicts Ganesha
2) 'Bhai' May Turn 'Pati' Before His Birthday In December 2018, Indicate The Stars
3) Amitabh Bachchan Birthday Forecast: More Rise & Shine, Predicts Ganesha
4) Aishwarya Rai Will Continue To Reign As The Beauty Queen, Predicts Ganesha
Share