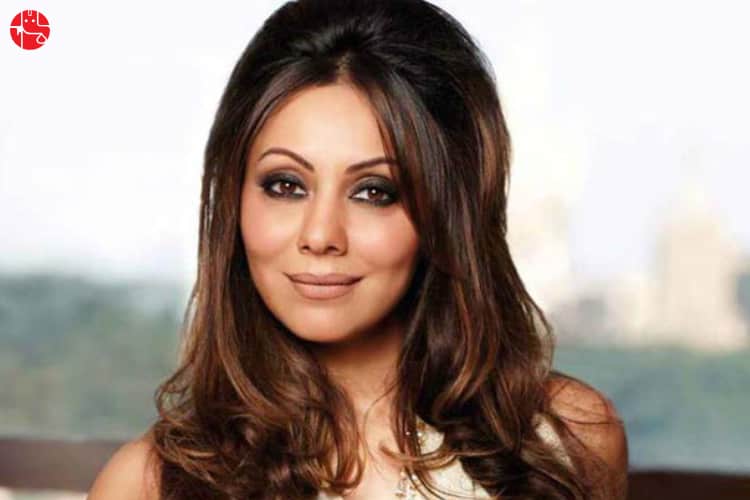 8th October is Gauri Khan’s birthday. She is an Indian Film Producer, an interior designer, an affectionate wife and a loving mother to three children Aryan Khan, Suhana and Abram Khan. In addition to all the roles she plays in her daily routine, she is also the co-founder of Red Chillies Entertainment - a film production company. We also know Gauri Khan, as wife of one of the most famous actors of the Bollywood Film Industry, Shahrukh Khan. Apart from her interest in producing films, a major part of her life’s work has been focused on her interior designing initiatives. Though, little do people know about where she hails from and how she began.

Gauri Khan was born Gauri Chibber to Punjabi-Brahmin parents in Delhi, Colonel Ramesh Chandra Chibber and Savita Chibber. Completing her twelfth grade from Modern School in Delhi, she went ahead to pursue B.A Honours from Lady Shri Ram College. Gauri Khan met Shahrukh Khan at the beginning of his career, before the exponential growth. The two got married in 1991 and are now parents to two sons, Aryan and Abram, and daughter Suhana.

In 2010, she took up her interest in interior designing and created a professional venture and her journey since then has consisted of many initiatives. Currently, she is known to have carried out interior designing projects for many A-listers of Bollywood.

Gauri Khan has been successful on many fronts and has been recognized as “50 Most Powerful Women” by Fortune magazine and as “The First Lady of Bollywood” by Vogue. On her 49th Birthday, we closely analyze her birth chart and see what the predictions about the upcoming year say.

The Surya Kundali of Gauri Khan suggests that Rahu is passing over the tenth house and into her ascendant sign, while Ketu and Saturn are passing over the fourth house, the house of the career opportunities and skills. Moreover, Jupiter is passing over the fourth house to her ascendant and will transit through the fifth house after November 2019. These transitions tell us that the upcoming year could be a blend of both good and rough times. While her ventures could continue to generate profits, her personal life could suffer, in the form of resistance from loved ones. Yet, her skills are at their height and there could be diplomatic decisions regarding on-going projects. Additionally, the upcoming year could also result in the introduction of political as well as learned people in her circle.

The coming year could demand special attention to her health and prevention from infections and allergies. There could be a period of stress, which could push Gauri Khan towards depression unless she takes precautions. Jupiter would be passing through the fourth house post-November, and this can bring by health issues that could eventually keep her from concentrating on work. This period could last until March 2020.

Work and Life of Gauri Khan

Business with close relatives may affect her popularity. Moreover, her work may not yield satisfactory results for her. To succeed, she will have to work harder and put in elbow grease, almost the entire year. Saturn is set to pass over the fifth house to her Sun and Jupiter will pass over the fourth house. This could result in a lack of rest, in addition to which, there are possibilities of financial losses in her ventures. This could also become the reason of her peril in the coming year.

Jupiter will also transit through the fifth to her Sun between the months of March and June 2020. This could be the year where her patience, temper, and resilience is put to test. Some turbulence with her assets may also prevail. Though the year should end on a positive note with the transit of Jupiter into the fifth house to her Sun.

Our heartiest birthday wishes for Gauri Khan. We hope her persistent self sees through this period with comfort and confidence.