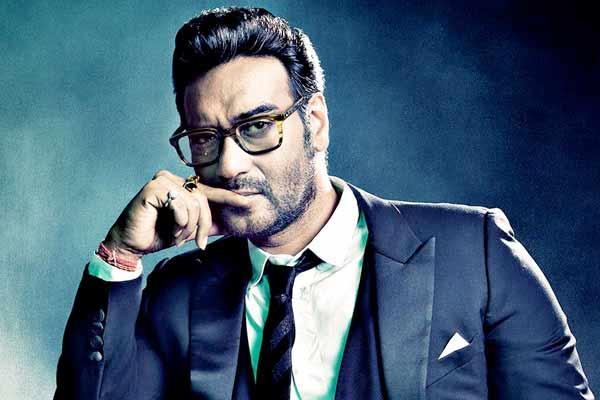 Ajay Devgan, son of Veeru Devgan the famous stuntman of Bollywood, has never taken support of his father or any Godfather from Bollywood in order to succeed or to have a special place in the hearts of his fans. Instead, he has reached the peak of success only through his strong acting and after a lot of struggles. Ajay has won the affection of crores of people only on the strength of his acting. Moreover, he has received numerous honours, including the National Award, Filmfare Award and Padma Shri Award. Based on his date of birth and according to the astrological principles, we have deeply analysed Ajay Devgan's solar horoscope to provide predictions about the next year.

What The Numerology Says:

Future As Per The Surya Kundli:

Luck Will Support Him Completely

In the solar horoscope of Ajay Devgan, Venus and Moon are in pratiyuti, which provides him great success in acting and in the field of arts. In addition, the Parivartan Yog of Mercury and Jupiter leads to success, respect, glory and dignity in public life. In other words, this planetary position gives him name and fame. Besides, in Ajay's solar horoscope the labhesh and vyayesh - Saturn makes him work very hard. But as the bhagyesh Mars is swagruhi, luck will support him completely. Moreover, the parivartan yog of saptamesh and labhesh suggests progress after marriage.

Conflicts And Competition May Increase

Based on the position of natal & transiting planets and their effect during the year 2019... now, if we consider the next year, Rahu of Cancer sign is transiting in the fifth house from the natal Sun, and in the eleventh house from the natal Moon, which is indicating growth. Apart from this, Ketu is passing through the eleventh house in Capricorn sign, which will sometimes cause obstacles while getting benefits. Besides, till 2nd May 2018, Saturn and Mars will be together in the tenth house, Ajay Devgan’s struggles in the field of work will be more likely during this period.

Thereafter from 2nd May to 4th November 2018, the combination of Ketu and Mars in the eleventh house, indicates success after some uncertainty in financial matters. Further, from 6th November 2018 to 23rd December 2018 Mars will pass through the twelfth house in Aquarius sign, hence there is a possibility of accidental expenditure. Moreover, he should also remain cautious about physical injury during this period. From 23rd December 2018 to 5th February 2019, transiting Mars will pass over four planets in Pisces sign i.e the lagna sthan, which indicates a slightly difficult situation. Thus, he must especially take care of his health during this period as it can increase needless anxiety and tension.

Planets Will Take Him To New Heights

Between 5th February 2019 to 22nd March 2019, Mars will transit through the Aries sign, which indicates some kind of rejuvenation. Moreover, from 9th March 2018 to 10th July 2018, retrograde Jupiter in Libra sign indicates a huge benefit on the financial front for Ajay Devgan. Further, between 10th July 2018 to 12th October 2018, direct Jupiter in Libra sign will bring positivity in his thoughts. His creativity will also grow and overall provide him good support during this period. Thereafter from 12th October 2018, Jupiter will transit in Scorpio sign, which will take him to a very high level in his work and development.