An eventful year in store for Aishwarya and the stars promise a lot of activity! 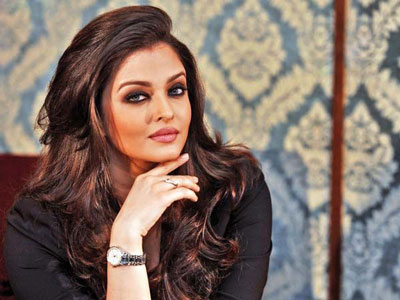 The stars indicate that she will be discriminative about the movies that she selects in 2016.
With the bewitching beauty, ethereal charm, extraordinary acting calibre and tonloads of natural talent Aishwarya Rai Bachchan is a Diva who has commanded terrific popularity and fan-following and is many a time referred to as the Goddess of Beauty by many hardcore movie buffs! Delivering intense and awe-striking performances in many super-hit and super-successful movies, she has achieved a very enviable position in Bollywood. This Scorpio beauty, who was on a sabbatical after her super-famous wedding to Bachchan Junior – Abhishek, has begun her second innings in Bollywood and Jazbaa was her 're-launch' pad, wherein she various critics and movie-enthusiasts commended her performance. She doesn't seem to be in a hurry to sign on the dotted lines, and appears to be in a space of her own. What will be the likely trends for the gorgeous former Miss World in the year ahead? Let's bank on the stars to give us a few hints and a peek into the future of the Bachchan Bahu...
Aishwarya Rai Bachchan
Date of Birth :-  01st  November, 1973
Birth Time :-  04.05 A.M.
Place of Birth :-  Mysore, Karnataka, India
NATAL CHART

Astrological Observations:
Astrological Predictions:
Activity Quotient in 2016...
Awards or Honour on the way?
The Marital Paradise...
Second Innings in Bollywood...
Will she sizzle on the International Circuit?
Ganesha wishes a great year ahead to Aishwarya Rai Bachchan.
With Ganesha's Grace,
Rantidev A. Upadhyay
The GaneshaSpeaks.com Team
Share