Can Priyanka’s Entry Into Politics Change The Fortunes Of Congress? 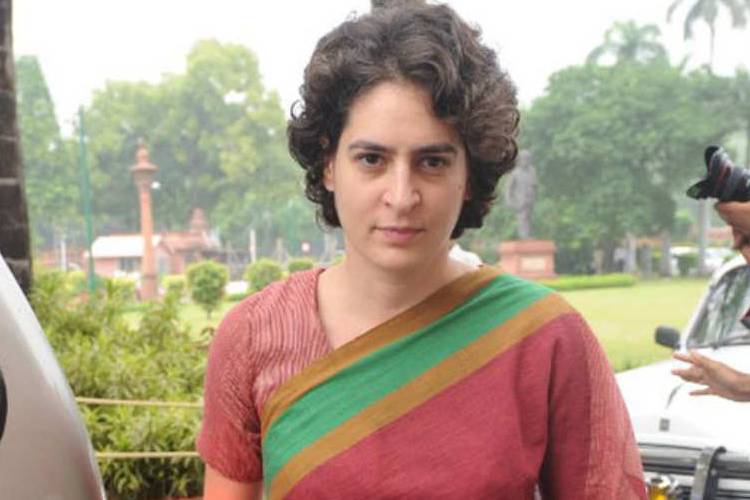 As per the observations by political experts, the destiny of the Indian National Congress (INC) and the Nehru-Gandhi family are mutually entwined. It is said that the descendants of the illustrious political leader and the first prime minister of India, Pandit Jawaharlal Nehru are firmly attached to the Congress party so much so that Congress may become non-existent without their support.

For the last two decades, Sonia Gandhi and her son Rahul Gandhi have been trying to rejuvenate the electoral prospects of Congress. The results of their efforts have been a mixed bag so far, yielding success and failure at different points of time. Now, as the 2019 Lok Sabha elections are nearing and an anti-BJP front is getting stronger, Congress seems to have played their masterstroke, in order to boost their prospects and demoralise BJP further. The recent announcement of Rahul’s younger sister Priyanka Gandhi Vadra joining active politics is a big step in that direction.

As per the party’s announcement, Priyanka Gandhi Vadra has been appointed as the party General Secretary for Uttar Pradesh, and she will canvass for Congress in the upcoming Lok Sabha elections projected to be held sometime in April-May 2019. Are you concerned about your future in 2019? Access the 2019 Highlights Report and know the major developments in your life in 2019.

Planets Have Endowed Her With Spontaneity And Dynamism

Priyanka was born in the Gemini Ascendant. Jupiter is the Lord of the 10th house and 7th house in her chart. As Jupiter is placed in its own sign and that too in the Kendra (central) position, it has formed the auspicious Hamsa Yog (which is one of the Panch Mahapurusha Raja Yoga). Jupiter is also in conjunction with the Lord of Ascendant Mercury and the 3rd house Lord Sun. It indicates that she is spontaneous, an impressive leader and dynamic individual who can make good strategies. She has also been endowed with intellectual depth, charm and optimism, which gets reflected in her speech. She can formulate ideas and also has the knack to implement them. These qualities have helped her and will continue to do so even in the future. Do you want to know how will your career fare in future? Buy the 2019 Career Report, know the predictions.

Fortune May Side With Her In Certain Situations

The sun which represents authority happens to be the Atmakaraka planet in her chart, which renders power to Jupiter and Mercury in the 7th house. It empowers her with the skills to target and achieves big goals. She also has strong abilities to influence the voters. Venus, the Lord of the 5th house, is placed in the 9th house and the lord of the 9th house, Saturn is aspecting it. This shows fortune will favour her immensely, which will help her in crucial situations. However, Venus is sandwiched between malefic planets. So, Priyanka Gandhi may get surrounded by various controversies.

Priyanka Gandhi is passing through the Venus Mahadasha and the Saturn Antardasha. Saturn is strong enough, and Venus is well placed in the D-9 and D-10 charts. It is a favourable Dasha sequence, which will help her create a positive impact on the mindset of the voters in the forthcoming elections. She will play an important role in the 2019 Lok Sabha election campaign. The transiting Saturn over natal Sun and Jupiter has made her enter politics. However, the forthcoming transit of Ketu in Sagittarius with Saturn may not augur well for her. It indicates Priyanka Gandhi will be facing problems in implementing her plans. Besides, the issues related to her husband will also bother her.

May Not Get Desired Results In 2019 Elections

On the other hand, Saturn will be in retrograde from the 30th of April 2019 and with Jupiter in retrograde from the 23rd of April 2019, it will create a difficult situation for her. So the results for her efforts will not meet expectations. Besides, the transiting Mars in conjunction with transiting Rahu in Gemini will bring further problems and is likely to upset the momentum. It is to be noted that Priyanka Gandhi is passing through ‘Sade-Sati’, which may hamper her progress as well.

Gains Likely But No Windfall Foreseen

Nevertheless, her horoscope has much better planetary configurations than her brother Rahul. Her entry in active politics may improve Congress’ fortunes. Priyanka Gandhi’s ability to strike a chord with the voters will help her party. However, the gains may be limited. The planetary positions are strong but not strong enough to create windfall gains.