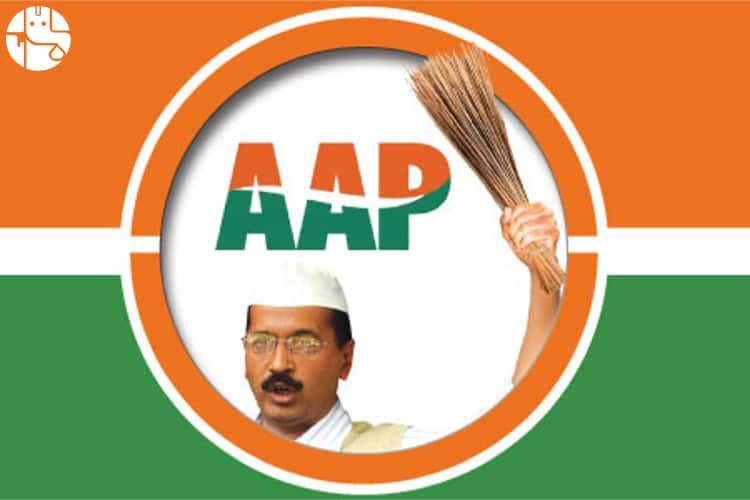 Sometimes, electoral politics in India appears to work like the mythological churning of the ocean (Sagar Manthan, as described in the Indian legends). In accordance with this analogy, elections are lengthy and forceful efforts which bring out new and sometimes unexpected outcomes (like the Ratnas or Gems were recovered in Sagar Manthan). These outcomes have something novel to offer which enriches the Indian democracy and leads to some or the other form of growth & development. Well, since the dawn of independence, India has seen massive changes in politics. One of the big changes in recent times is the rise of the Aam Aadmi Party (AAP).

AAP emerged from the strong anti-corruption movement which was spearheaded by the prominent social activist Anna Hazare in 2011. While Anna refused to enter politics to reform the system, one of his colleagues Arvind Kejriwal felt that recourse to politics was necessary to cleanse the system and rescue the common people from the menace of corruption. Thus, AAP was born with a strong resolve and determination to end corruption in public life. The shiny phase in AAP’s career came when they swept the Delhi Assembly Elections in February 2015, badly eliminating both the political giants, namely the BJP and Congress.

Its been about four years since AAP came to power in Delhi. It is said that people hold mixed views about AAP. Some see it as a strong alternative to BJP and Congress. There are others who see it as an amateur political experiment which is destined to fail sooner rather than later. As the 2019 Lok Sabha elections are going on, stakes are very high not just for BJP and Congress but also for AAP.

What will be the future of AAP in the upcoming Lok Sabha election? Can it become a force to reckon with and challenge the BJP & Congress? Or will it pass into oblivion and move towards extinction? In order to answer these questions, Ganesha has analysed the horoscope of AAP. Read on to know the party's future:

Support May Not Get Translated Into Votes

Aam Aadmi Party (AAP) will get some success in wooing the low-income voters. AAP will get a good chunk of votes in certain pockets which may affect the prospects of political parties. At the same time, the support which the party gets may not be getting fully translated into votes. Will your efforts translate into success? Read 2019 Highlights Report and know the answer.

Besides, the transiting Saturn in Sagittarius may restrict the party’s prospects. It will be difficult for the party to make the desired impact at the national level. Also, the party’s popularity will see a gradual decline and it may fail to get the required number of seats. Consequently, there will be dissatisfaction in the party. It may even hurt AAP’s electoral prospects and even some of the party’s traditional voters may not stay with the party.

AAP may face some internal squabbles. Keeping its voters base will be a major challenge for the party leadership. The party will have to work really hard to generate confidence among the supporters. The party’s performance in the forthcoming election will be mediocre.