Who Will Win In Thiruvananthapuram In Lok Sabha Election, Shashi Tharoor Or Kummanam Rajasekharan 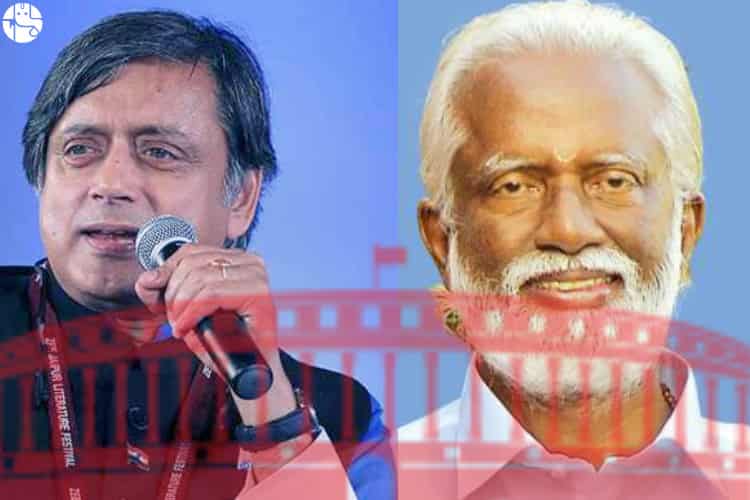 Both the national parties, Bharatiya Janata Party (BJP) and Indian National Congress (Congress) are taking the upcoming Lok Sabha election very seriously. Stakes are very high as BJP wants to retain power at all costs while Congress is leaving no stone unturned in its efforts to win the election. While it is true that this election has become a fierce nationwide contest between BJP led NDA and Congress-led UPA, however the real combat is taking place at the constituency level; in fact, in many of them pitched battles (of claims and votes) are being fought to decide the right political party and hence the destiny of the nation. One of the important contest is going to take place in the prime constituency of Kerala, Thiruvananthapuram. Kummanam Rajasekharan from BJP is going to take on Shashi Tharoor from Congress in Thiruvananthapuram on 23rd April 2019.

Well, Shashi Tharoor is a former career international diplomat who is serving as Member of Parliament (Congress) Lok Sabha from Thiruvananthapuram since 2009. He also currently serves as Chairman of the Parliamentary Standing Committee on External Affairs and All India Professionals Congress.

On the other hand, Kummanam Rajasekharan is an important BJP leader and a former Governor of Mizoram. He began his political career as an activist of RSS and Sangh Parivar in the state of Kerala in 1970. From 2015 to 2018, he was the state president of BJP in Kerala.

Who will win in the upcoming 2019 Lok Sabha election? Read on Ganesha’s astrological analysis and know the findings:

In the chart of Kummanam Rajasekharan, Jupiter will be moving over the natal Mercury. Besides, the conjunction of Saturn and Ketu will pass over the natal Sun. The date of polling is 23rd April during which Moon will be transiting over natal Sun.

In Shashi Tharoor’s chart, Jupiter’s transit shows a positive sign. It will boost his winning chances. He will win a large number of votes including his traditional voters and also some more voters of other leaders, who may switch over to Tharoor, predicts Ganesha. Thus, he will make the tasks of his opponents more difficult. Will you be successful in your career in the months to come? Buy the 2019 Career Report.

Rajasekharan May Put Up A Brave Front

In the chart of Kummanam Rajasekharan, Saturn’s transit can be a major hurdle. At the same time, due to the supportive Jupiter, he will full of energy and enthusiasm. He may not be able to gather a good number of votes to win the election, foresees Ganesha.

Not A Smooth Sail For Rajasekharan

Planetary combinations indicate that it is not going to be a smooth sail for Rajasekharan. He will face fierce competition from his rivals. He is likely to fall short of victory in spite of putting a strong show in the upcoming election.

Overall, planetary combinations indicate that there will be a strong fight between the two parties (BJP and Congress). However, Shashi Tharoor will win the election even if by a narrow margin.