Who Will Win In Mumbai North Central In Lok Sabha Election, Poonam Mahajan Or Priya Dutt 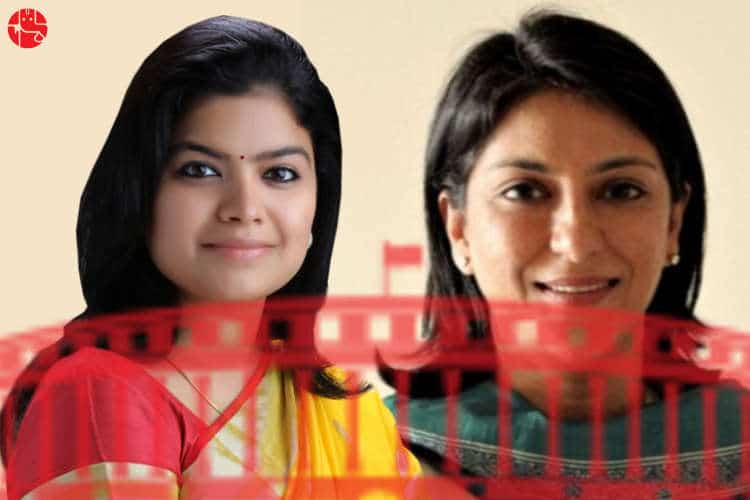 It is said that, in several scenarios, the sons or daughters of eminent personalities get undue advantage in the political process. They do not have to pass through the initial struggle as they get an MP or MLA ticket straight away. While some have called this the unbecoming of genuine democracy, there are others who do not consider it as a big flaw because eventually these sons and daughters have to pass the test of public recognition in the form of electoral performance.

Well, the Lok Sabha election is very near and there is energy in the air. It's not an event just for reading & discussing interesting topics. But as good members of this society, we also have the responsibility of choosing the right people. In the upcoming election, daughters of two famous personalities are all set to fight each other in Maharashtra. Yes, we are talking about Poonam Mahajan (the daughter of the late senior BJP leader Pramod Mahajan) and Priya Dutt (the daughter of famous Bollywood actor Sunil Dutt ).

For sure, this contest is bound to generate more interest as two famous persons are fighting each other in Mumbai North Central constituency. While election experts are trying to analyse the outcome using the survey method, Ganesha has invoked the stars to predict the outcome of this contest. Read on to know the future:

In Poonam Mahajan’s Surya Kundli, natal Sun and Mercury are conjunct in Scorpio. Besides, transiting Jupiter is passing over these two planets, which is having a favourable impact in important houses.

As for Priya Dutt’s Surya Kundli, the influence of Sade Sati has just begun. However, Jupiter’s transit will continue to be favourable.

Poonam Mahajan has the support of transiting Jupiter. Her efficient leadership will encourage her party, which will have a strong impact in her constituency. Due to this planetary combination, her chances of winning the election are bright. However, the influence of Saturn’s mid-phase Sade Sati may bring in severe stress and hardships. Poonam Mahajan will have to work smarter to please the voters. Do you want to know how will you succeed in your career? Buy the 2019 Career Report.

On the other hand, Jupiter's favourable transit will help Priya Dutt in boosting her public image. But she may face stiff competition and several obstacles because of Saturn’s adverse transit. Besides, other planetary alignments also point to troubles.

Eventually, Ganesha finds that Poonam Mahajan is likely to get the desired success in Mumbai North Central constituency but after a stiff competition.