Who Will Win In Medinipur In Lok Sabha Election, Dilip Ghosh Or Manas Bhunia 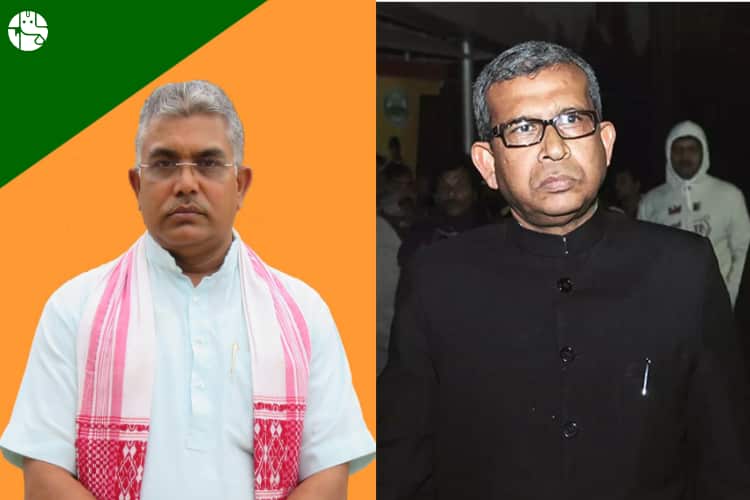 Well, Lok Sabha election 2019 has turned out to be a fierce contest between the BJP led-National Democratic Alliance (NDA) and Congress-led United Progressive Alliance (UPA). At the same time, there are a number of regional parties which are giving a tough fight to one or both the major national parties mentioned above. The situation in West Bengal represents one such instance. In West Bengal, the formidable TMC (Trinamool Congress) is pitched in a tough contest against a fast emerging BJP. Political experts opine that the increasing influence of BJP in West Bengal points to the expansion of the party’s geographic spread. The party is also trying to increase its tally in West Bengal in order to compensate for its likely losses in Uttar Pradesh.

Now, the 2019 Lok Sabha election is underway. And West Bengal, the state which sends 42 MPs to Lok Sabha, is very important not just for TMC & BJP but also for Communist parties & the Congress. While TMC is trying hard to contain the BJP, Communists are seeking to revive their prospects in the complex West Bengal politics.

The recent statement by PM Modi that some 40 TMC MLAs were in touch with him who will desert their party once lotus blooms in West Bengal after the ongoing 2019 Lok Sabha election has sparked huge controversy inviting a sharp reaction from WB CM and leader of TMC Mamata Banerjee. In this Battle for Bengal, there is a tough contest in a number of constituencies. Well, the contest between Dilip Ghosh (from BJP) and Dr Manas Bhunia (TMC) in Medinipur constituency is an interesting one.

Dilip Ghosh is the current president of BJP’s West Bengal unit, On the other hand, Dr Manas Bhunia is a Rajya Sabha MP from West Bengal belonging to the Trinamool Congress. Time will ultimately tell who wins. However, Ganesha has analysed the writings in heaven and predicted the future for this election. Read on:

Both the candidates are being supported by Jupiter. So, the contest will be evenly poised and there will be a tough contest between both the candidates. However, Saturn’s transit will be adverse to Dr Manas Bhunia. He is likely to face a difficult situation in the upcoming election.

The planetary alignment on the polling dates indicates that the TMC leaders will not be able to encourage voters to vote for them. Voters will have strong sentiments for the BJP candidate (Dilip Ghosh). Besides, BJP voters will stay with the party. So, these factors may help Dilip Ghosh win the election. Do you want to know your future? Avail the 2019 Highlights Report.

TMC leader Dr Manas Bhunia will give a tough competition, however, Dilip Ghosh will be able to win the confidence of the people, which will enable him to win the election with a good margin of votes.