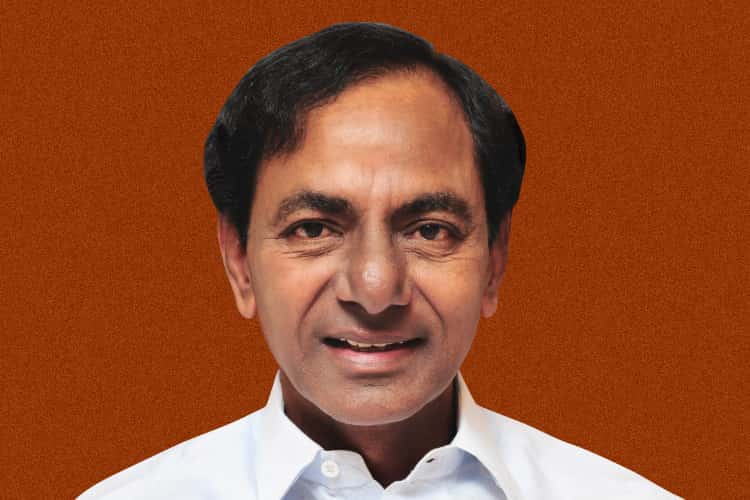 Andhra Pradesh politics has undergone massive changes over the last several decades. One of the most significant development in recent times was the bifurcation of Andhra Pradesh into Telangana and the remaining areas of Andhra on 2nd June 2014. The government had tried hard to resist the demand for a separate Telangana (as it could strengthen statehood demands from a spate of other regions across the country) but had to give in as the situation was turning explosive.

Well, the birth of a new state Telangana brought in new hopes, aspirations and the prospects for better development of this region which is stated to be socio-economically less developed than the rest of Andhra. And the leader who valiantly fought for separate statehood to Telangana is Kalvakuntla Chandrashekar Rao (also known as KCR), the founder of Telangana Rashtra Samithi (TRS) and the first & present Chief Minister of this nascent state.

KCR has worked hard to carve out a separate state. He is also working hard to develop Telangana’s society and economy. The big question is how will he perform in the upcoming Lok Sabha election, to be held in and around April 2019. The election surveys have predicted a close and tough fight between the BJP led National Democratic Alliance (NDA) and the opposition parties including Congress. Thus, the importance of regional parties is bound to increase. Well, it is speculated that KCR may also turn out to be a kingmaker in the formation of the future Union Government. Do you want to surge ahead in career? Buy the 2019 Career Report.

Poll surveys may be divided on the formation of the future government but Ganesha has analysed the future of KCR by invoking the stars. Read on to know the interesting findings:

The exalted Saturn is forming ‘Shasha Mahapurusha’ Yog. Venus has exchanged its position with Saturn. Lord of the 9th house Jupiter is aspecting the ascendant Lord Mars. The 5th house Lord Sun and 7th House Lord Venus are in conjunction in the 11th house. KCR is passing through Rahu Mahadasha and Venus Bhukti.

Rajyoga Has Made Him An Effective Politician

A powerful Saturn is boon to any politician. In his horoscope, Saturn is forming a powerful Rajyoga in the 7th house. This astrological configuration has made KCR become the most famous leader in the state and one of the most effective political leaders at present.

His Fame Is Set To Increase

The Sun-Venus conjunction in the 11th house has given KCR excellent ability to connect with the voters. At the same time, the aspecting between Jupiter and Mars has made him a very efficient and smart politician. The Venus-Saturn exchange has made his chart very powerful, he will gain more popularity in all the months of 2019, foresees Ganesha. Do you want to know your future in 2019 month wise? Access the 2019 Monthwise Highlights Report.

Will Achieve A More Powerful Position In Politics

KCR is also passing through a favourable Rahu-Venus Mahadasha. Consequently, he will get support from different sections of society. His committed voters will stay with him and enable him to achieve a powerful position in Indian politics.

With the solid support from Rahu’s transit in Gemini, Chandrashekar Rao will conquer his rivals and those who are hostile to him. The transiting Jupiter too will support him. Opposition parties in Telangana may put up challenges which may be difficult for him, but eventually, he will defeat them.

Rao’s chart shows success in the upcoming Lok Sabha election in 2019. Stars also foretell that he will strengthen his position at the national level. He will play an important role when the government formation process gets on in May 2019.