Will Yes bank sink? Yes or no! Know the answer from astrology! 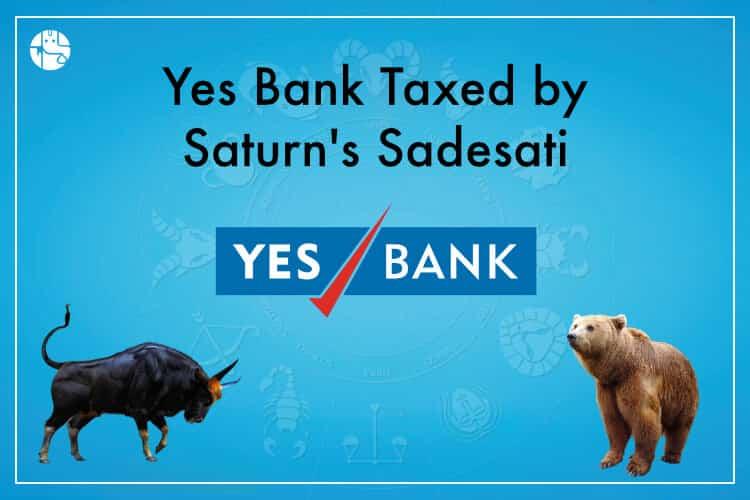 Yes bank, which at one time received the award, titled ‘ India’s Fastest Growing Bank of the Year’, is now drowning at a similar speed. It was founded by Rana Kapoor and Ashok Kapur on December 11, 2003. The same was registered as a Public Limited Company with three registered investors: AIF Capital Inc., LLC, ChrysCapital II, and  Citicorp International Finance Corporation. It functions as a corporate bank in the fields of retail banking and asset management. In the initial years of its operation, it bloomed and received many awards. It was indeed the only bank of India that received the award, the ‘Most Innovative Bank in India’. It has many other awards as well in its arsenals such as The Financial Insights Innovation Award, ISO 27001:2005 Certification, ISO 14001:2015 certification, ‘Best Social Bank’ and many others. However, in recent times, it has experienced a tragic crash and has been unable to raise capital. Also, Rana Kapoor’s term ended on January 31, 2019, as instructed by the RBI. It was followed by the sale of 865 million shares of the promoter, which reduced the stock volume by 23 percent. The Yes Bank shares which were once priced at Rs 400 or above have experienced a downfall and now are sold below Rs 35.

According to Vedic astrology, there is a game of planets behind the collapse of the bank. Therefore, the expert astrologers of GaneshaSpeaks have tried to study the sun horoscope of Yes Bank to figure out the planets’ influence on its current dealings. On observing the current situation, it can be deduced that the current transits are having an adverse effect on Yes Bank.

So let’s study the astrological analysis of Yes Bank.

(Note: Due to unavailability of exact birth time, we are using Surya Kundali for predictions.)

Is Yes Bank going to shut down?

The planetary positions seem to have an  impact on Yes bank and are causing hardship for the  organization. Yet, hope can be seen in the near future, that the bank will revive itself. Although, it may take 2.5-3 years to overcome all the crises. The bank is putting all its efforts to save itself. Thus, there might be a chance that it may sustain itself in this tough phase.

When will this bad phase end?

On analyzing the Surya Kundali of Yes bank, it can be found that it is under the influence of the inauspicious planetary transit of Saturn. Saturn Sade Sati is responsible for the struggles and disturbances in its operations. Saturn Sadi may be having an impact on your life as well! Know its effects and remedies with your personalized Saturn Sade Sati report now!  Chances are that it may find relief from  the said situation in the year 2020 post-March. Until  then, it may face more challenges in its way, foresees Ganesha.

How is the planetary movement affecting it?

Currently, Saturn is transiting over the ascendant house in Surya Kundali. This transit affects the natal Sun adversely, hence, the bank is likely to face difficulties on the side of the Government authorities. It might get affected by changes in the rules and regulations of the banking sector. In the bank’s Surya Kundali, Jupiter is transiting from the 12th house of loss and secret enemies, which adds up to the adversity of the situation. There are chances of financial losses in the current period. This might only further increase the financial pressure and hardship on the bank.

Will investors' money be drowned?

Due to the unfavorable planetary transit sequence in Surya Kundali, its share prices are falling gradually. According to Ganesha’s Yes Bank share forecast, there are chances that this may affect the investors. They might incur financial losses. It can be foreseen that some of them may also suffer a huge loss.  Hence, you are advised to manage your shares wisely.

You can boost your finances if you buy the Wealth Ask a Question Report.

Will Yes Bank be successful in raising funds?

Yes Bank is trying its best to raise funds and capital and is getting offers for the same. Many foreign institutes and personalities are looking forward to collaborations as well. It is also seeking help from international investors. However, as the planetary influence is not favorable, it may not be able to arrange the desired funds, predicts Ganesha.