Chanda Kochhar: In trouble, who has got the evil eye? 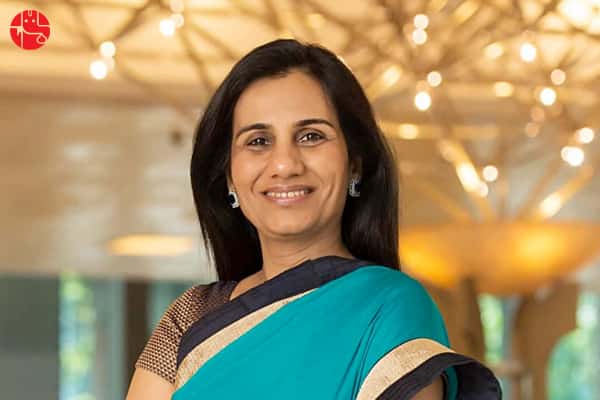 The foundation of any country’s development in modern society rests on its strong economy. The banking sector has a very important role to play in making the economy more powerful and dynamic. In the banking sector, women are also presenting a living example of women empowerment by being empowered as compared to men. An example of this in the Indian industry and banking sector is ICICI Bank CEO Chanda Kochhar. On the strength of her hard work, faith and dedication, she made her mark in the banking sector and entered the Forbes magazine list of the most powerful women in the world. Chanda Kochhar is currently in the most discussion. Actually, they are accused of irregularities in giving loans to Videocon Company. Her husband Deepak Kochhar and Venugopal Dhoot are also under suspicion in the transaction of this money. Let us know what the veteran astrologer of GaneshaSpeaks.com has to say about the horoscope and future of ICICI Bank CEO Chanda Kochhar.

What does numerology say according to their name:

According to Numerology, Chanda Kochhar’s date of birth17-11-1961

Mrs. Chanda Kochhar’s radix is ​​8. The lord of this number is Saturn. Bhagyank 9 comes whose owner is Mars. His name number is 6 i.e. Venus. Here Venus is the friend of Radix Saturn. Bhagyank Mars is also a friend. This shows that Chanda Kochhar has made a lot of progress in her life. Their life has been a struggle due to the fact that Radix and Bhagyank are enemies to each other.

Know about the future of your business by our service 2018 Business Report.

If we talk about the current year 2018, then 2 + 0 + 1 + 8 = 11 = 2 i.e. Moon being here with Bhagyank Mars will give mixed results. On the other hand, due to the presence of Varshank 2 (Moon) with Radix Saturn, unnecessary worries or difficulties will arise. On analyzing the year 2019, it can be said here that 2+0+1+9 = 12 = 3 i.e. Guru comes. In this way, being friends of both Varshank Guru and Radix Saturn and Varshank Guru and Bhagyank Mars being friends, the year 2019 is also a prediction of a good time. In this way, Chanda Kochhar will have to go through mental hardships. But, the year 2018-19 looks very good for them. Ganesh Ji sees the possibility of the allegations against him eventually being proved to be baseless.

What are the planets of their birth called?

Now let’s see-through Surya Kundli. According to the birth details of Chanda Kochhar, a Scorpio ascendant is being formed in her Sun Kundli. Ascendant Mars is self-occupied in the first house of the horoscope i.e. Anuradha Nakshatra. Also, Karmesh makes a union with Surya. Dhanesh and Panchmesh Guru are in the third house of Capricorn in Uttarshadha Nakshatra. It sees luck, seventh and benefic house. Tritiya and Sukhesh Shani are in Capricorn and Uttarshadha Nakshatra. Mercury is in the twelfth house and the lord of the eighth and Swati nakshatra in Libra. On the other hand, the seventh house and the Vyesh Venus are in the twelfth house and in Libra. Bhagyesh Chandra is in Poorva Pad Nakshatra in Aquarius in the fourth house of the horoscope. Rahu is in the Cancer sign of the fortune house, while Jupiter and Saturn are in conjunction in the Capricorn sign of the third house.

What are the transiting planets called?

On observing the planets of transit here, it is known that the shadow planet Rahu is travelling over Rahu, which is called the fated place of the horoscope. At the same time, Ketu of transit travels through Jupiter (Panchmesh and Dhanesh) and Saturn (Thirtiesh and Sukhesh). The transiting Jupiter extends over the natal Mercury and Venus in Libra. The transiting Saturn and Mars pass through the second place called Dhana Sthan of the horoscope through Sagittarius. Sun and Mercury are passing through the fifth house from one of the triangle positions of the horoscope. On the other hand, Venus transits through the sixth house of Aries.

Struggle Life For What Reasons

By examining and examining the positions of the planets transiting in their horoscope and relative to it, it is known that Shani-Ketu of birth existing in the mighty place is becoming the reason for conflict in their life. The planetary positions depicted in it are showing the ups and downs and challenges that have come throughout life.

Do you have any questions regarding your career? Ask a career-related question and get a golden guide for the future.

Why getting failure in work and public life

In the Sun Kundli of ICICI Bank CEO Chanda Kochhar, Saturn is transiting through Ketu from above. From the point of view of Vedic astrology, such unfavourable movements of planets create confusing situations in their field of work. On the other hand, Ketu’s transit over Jupiter brings financial matters to the surface. This is also the reason for the allegations against them, due to which they have to face failure. Serious allegations like irregularities in banking procedures, corruption and nepotism have been levelled against them.

The relief here about Chanda’s transit is that the transit of Jupiter over Venus in Chanda’s horoscope will not encourage any stigma on her prestige and dignity. According to Ganesh ji, this auspicious visit of Guru from the Mercury of birth will prove to be a troubleshooter by crossing them from troubles.

How will their coming year be?

The lord and factor planet of litigation is with Sun. But, Libra’s Guru sees his full vision from the sixth position. Hence, Chanda Kochhar will be safe from internal conflict. Thereafter, the charges levelled against them cannot be proved. People will again see an improvement in their image as soon as the transits of the planets come in their auspicious position. The Jupiter of Scorpio will transit over the Mars of their birth. It will see the seventh house in full view. From the astrological point of view, when this event happens, again they will get fame, respect and fame in the society. After this, decisions in legal proceedings will also be seen coming in their favour. Thus, Chanda Kochhar is likely to pave the way for victory and progress while battling the ups and downs and challenges in her life, getting the foreknowledge.

With the blessings of Ganeshji
Bhavesh N Pattani
ganeshspeaks.com

To solve your problems! Now talk to our astrologer.