Will the stars of progress shine brightly on Gujarat? 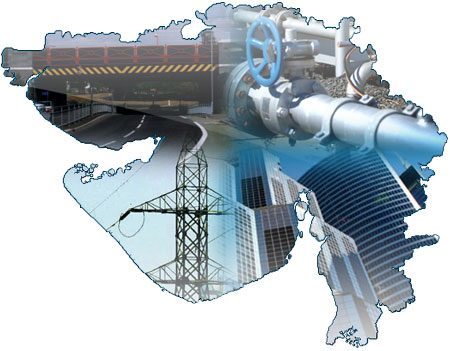 Introduction: After India's independence in 1947, 217 princely states of Kathiawar and Saurashtra, including the former kingdom of Junagadh, were grouped together to form the province of Saurashtra, with its capital at Rajkot. On November 1, 1956, Saurashtra was merged into the state of Bombay. The modern state of Gujarat was created on May 1, 1960, out of the northern, predominantly Gujarati-speaking portion of Bombay State. The southern, predominantly Marathi-speaking portion became the state of Maharashtra. The first capital of Gujarat was Ahmedabad; the capital was moved to Gandhinagar in 1970. Ever since its inception in 1960 Gujarat has been showing a new direction to the nation. It is conquering new grounds and is still at ease with the number one position among different states in the country. In these 48 years the state of Gujarat has gone through many turmoils be it 2001 earthquake or the communal riots of 2002, yet it has achieved a lot. Gujarat has 6 port projects, in the Power sector 10 IPPs have already commenced generation and also construction of some major highways has been accomplished. It has a broad vision of moving forward and of progressing. Its goal is to be at par with the developed nations with respect to economic growth. Ganesha's anxiety coerces him to do an astrological analysis on the state of Gujarat to predict on its future growth. Astrological analysis:

Ganesha observes the Aries rising Ascendant in Sun Chart. Sun is posited in Bharani Constellation whereas Venus and Mercury are posited in Ashwini constellation. Ganesha tries to analyses the Varsh Phala Chart on completing 48th year as on May 01, 2008. Leo rising Ascendant is taken into consideration with depositiong of retrograde Saturn in first house. Moon is posited in its seventh house whereas Rahu and Mars are in Capricorn and Cancer sign respectively. Venus and Sun are in conjunction in Aries and Mercury is in Taurus. Muntha is observed in Aries. Munthesh is posited in Cancer sign in Punarvasu Constellation. The Leo Ascendant of Varsh Phala indicates the approach and environment towards next year. The State can be lead by powerful feelings of motivation and innovation. A well aspected Jupiter in Sagittarius brings prosperity and success to the State. Jupiter imbibes such a culture that gives an over all expansion. The position of retrograde Saturn in first is not welcomed. Besides, it is under aspect of Benefic Jupiter, the unfavorable results are not more pronounced. But, during the period of the retrogression of Jupiter, relations with neighbors, general health of public, political unsteadiness, major business establishment and foreign affairs may affected. During the transit of Mars in Leo, the total installed capacities for the state including central sector project should be increased. Government may also take some decisive steps to encourage and to promote ports. Government shall do an excellent work to promote modernization and communication. On the other hand, during the Jupiter's direct motion after completing retrogression, State shall be playing a leading role in Infrastructure development as compared to other states. Jupiter's position in Leo rising Ascendant Varsh Phala is very auspicious, feels Ganesha. Investment opportunities may also hike in Gujarat. Better promotions in educational welfare pro grammes and E-governance are foreseen. Ganesha wishes and hopes that may Gujarat progress and may all Gujarati's see a more developed Gujarat, at least by its Golden jubilee, a Gujarat of their dreams and hopes.