A Bright Cluster of Planets in the Sign of Pisces augments the artistic potential of Ustad Amjad! 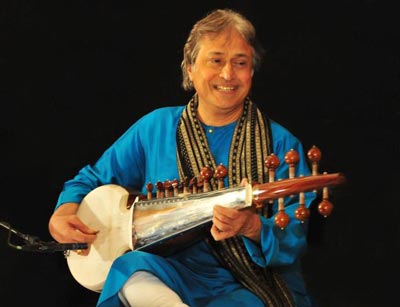