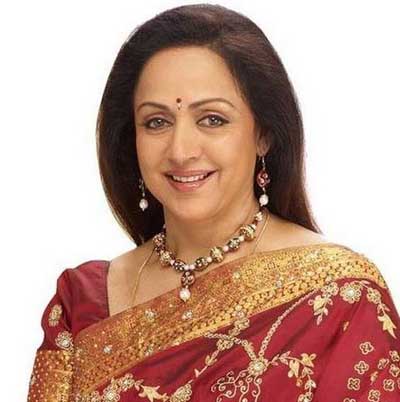 Recently, yesteryears' actress and politician Hema Malini was in a freak accident, wherein her Mercedes car, driven by her driver at the time of the incident rammed into a Maruti Alto, leading to the death of a 2 year old girl. The veteran actress too was hurt, and was rushed to a Jaipur hospital from the accident site. The family travelling in the Maruti Alto, besides losing their little daughter to the cruel hands of fate, was badly hurt. The incident caught a plenty of media glare. Social media too went berserk after the incident, especially when the senior actress-politician's tweet indicated that she sort of blamed the girl's father for the accident. All in all, Hema Malini ended up getting pretty bad press. Ganesha took this opportunity to look at Malini's Solar Horoscope to predict the way ahead for her.
Hema Malini ,
Date of Birth :-  24th October, 1948
Birth Time :-     Not Known.
Place of Birth :- Ammankudi (Orathanadu), Tamil Nadu
SOLAR CHART

Astrological Observations
Astrological Predictions
Q. Will this accident tarnish Hema Malini's fair name?
Q. How shall be Hema Malini's future as a politician?
With Ganesha's Grace,
Rantidev A. Upadhyay
The GaneshaSpeaks.com Team
Share