Career According To Planets In Astrology 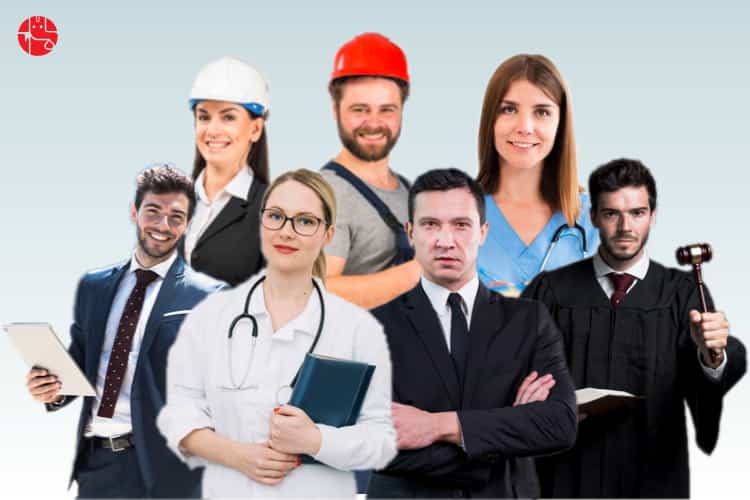 Are you confused about which field you should opt for your career? Which professional area would give you growth and success? You may also be confused about whether your interest areas would give you opportunities and success in the future or not - your career horoscope guides you to choose a profession which can give you a successful life with ease. Read Your Today Career Horoscope.

It is said that a good start is half done. The same can be applied to one's profession also. If one chooses the right profession, it can take to new heights of success. Profession and astrology are connected with each other and Vedic astrology is the best tool to decide the profession or the favourable field for the person along with the precise dates and the incidents of an individual’s life. It can be a guideline for the students in the present scenario, especially while opting the subject or field for their education.

The position of Amatya Karak also plays an equal role in determining the profession as per Jaimini system of astrology along with the strongest planet of the horoscope should be checked in the Shadbal for sudden changes in the profession.

We know Sun represents the administration and the ruling abilities. Sun also has the charge of the immune system of an individual. So the area of profession can be related to either the holding a high post, the person may incline towards the politics also. He / She can be the healer also. If we relate any business with it, it can be the production of herbal products or may hold a post in the organization related to the same products.

If Moon is in the tenth house, the creative and imaginative Moon takes your interest towards the profession related to either creativity or it can be related to the Aqua or dairy products. Agriculture can be the other area of the individual’s interest.

And same with the case of respective planets in the tenth house or the planet’s position in Navansha chart, if there will be no planet in the tenth house, the subject area of the profession of person will be related to the natural significance of the planet.

Let’s understand the connection of profession and astrology with an example of a popular actor and politician, Sunny Deol.

The current example can be seen in Sunny Deol’s diversion from his basic career. As per his Surya Kundali, his Amatya Karak is Moon. At present as per his Surya Kundali the planets which are affecting his tenth house, are Rahu and Saturn. In his chart, the tenth lord Moon is posited in the sixth house, the house of competitions and fighting spirits. This created the situation of Sunny Deol’s entry in politics. If we see his Surya Kundali, Jupiter and Venus are placed in the eleventh house, the house of skills and the planet represents the film line Venus is in the eleventh house, is indicating about his career in film lines. In his Navansha chart, his tenth lord Moon is in the Saturn’s Navansha and Saturn has the tendency; it would take a person in working with the government sector in the latter stages of life.

Here we are going to provide you with a few important planetary combinations for a better career in different professions.

1. Planetary combination for a doctor

Most of us in childhood would dream of being a doctor. As we grow up we realised it is not that easy but always fascinating for everyone to be. Planetary combination plays an important role to be a doctor. Sun, Jupiter and Moon play a vital role to become a successful doctor. Read more …

2. Planetary combination for lawyer and judge

Everyone is scared of law and court matters. Judge and Lawyer are considered very prestigious service. Every year a lot of taking admission in law colleges and also appears for judiciary exam. Only a few are successful. Sun, Jupiter and Mercury play a vital role to become a successful lawyer or judge. Read more …

3. Planetary combination for an engineer

Individuals who want to make their career in engineering should consider a few planets like Mercury and Jupiter. Mercury is the ruler of intellectual power and linked to technical education. So the placement of Mercury plays a vital role to be a successful engineer. Read more ...

4. Planetary combination for a politician

Politicians and their politics are always in the news headline. The whole system works according to them, and they have the authority to make or alter rules. Since politicians have supreme authority, many of us dream of being a politician. Sun, Jupiter, Saturn and Mars play a vital role in your horoscope to be a successful politician. Read more …

5. Planetary combination for a writer

Writing is an art, and a writer is an intellectual artist who plays a prominent role in shaping and reforming society. The writer understands different aspects of life and guides us in many ways. Writers write on different subjects like astrology, politics, drama, economics, script and many more. The position of the Moon, Mercury, Jupiter, Saturn and Venus plays a pivotal role for a successful career as a writer. Read more ...

Youngsters have the interest to make a career in the banking and financial sector due to good packages and money in this sector. Mercury, Venus, Jupiter and Saturn are important planets, and their prominent positions help you to have a successful career in this sector. Read more…...

You should never take a spontaneous decision about the career as these decisions are going to affect your life. It is always good to scrutinize the career horoscope and career planets in your birth chart with Our Expert Astrologers deeply and then decide the career option that best suits you.

It is very important to take the opinion of our experts because if you opt for some career and your planetary position, is not supporting this career, you have to struggle too much in life.

If you choose the career according to your planetary position it would be easy to achieve success in that profession.

Know which profession is perfectly suiting your horoscope as per your free Career prediction by kundli.

Our experts will guide you in choosing the best career that gives you maximum success in the future.