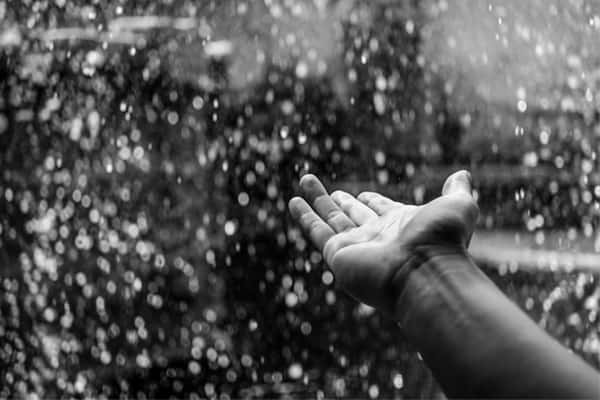 The Significance Of The Rainy Season

The right kind of weather and normal monsoon are crucial to the well-being of the people at large. Sufficient seasonal rainfall during the monsoon months of June to September ensures proper crop production which in turn benefits millions and millions of farmers and also eases the entire population as the good supply of grains etc keeps inflation much under control. As the monsoon season is round the corner and everybody is guessing about the rainfall, so Ganesha has done an astrological analysis and predicted about the rains in the soon to come monsoon months.

Vedic Astrology makes use of myriads of principles to forecast weather conditions. Predicting for the monsoons too may be done by employing many of such techniques including observing and recording animal behaviour, noting the Sun’s entry in the Ardra Star, the Sun’s entry in the Zodiac Sign Cancer, the Halo at the sunrise, Lunar Days and Lunar Months, Solar Ingress, Pregnancy of Clouds (conception of Water Element) etc.
In this particular analysis, we have analysed the patterns of the transiting planets to forecast monsoon rainfall, across the country as a whole.  These predictions for the monsoon season 2017 have been made in two time ranges of two months each (June-July and August-September):

Weather And Monsoon Forecast For 2017:

During the first half of June 2017, planetary positions indicate high temperature or windy spells in the Northern region of India. Besides,  Central India may see a sudden rise in humidity and windy spells during this early monsoon period. Soon after, the Central and Southern areas will witness the onset of monsoon rains. However, the rainfall may not be uniformly distributed across the different areas of Central India during the latter half of June. Besides, it may rain normally with thunderstorms in the Southern or Coastal areas of the country during the latter half of June. Monsoon in India is full of uncertainty. Is there confusion in your life too, on whether to choose job or business? Get the clarity with our Job or Business Report.
The month of July 2017 may remain tricky in terms of monsoon rainfall. This would be so because transiting Saturn will remain retrograde in watery sign, Scorpio. Thus, some areas in Northern and Central India may witness sufficient monsoon rainfall in July. Even the dams and rivers in these areas may get sufficient water. This sufficient monsoon rainfall in the Northern and Central regions of the country will be happening due to a conjunction between Rahu and Mercury. People are dependent on the forces of destiny like rains. But you can know your future and control your destiny. Understand and plan your life with the help of Detailed Life Prediction Report.

The areas which have received scanty monsoon rainfall in the earlier months may receive sufficient rainfall during this phase. However, solar eclipse too would take place during this phase (in August 2017). This could trigger stormy winds and inconsistent monsoon rainfall in different regions of the country. At the same time, the highest amount of monsoon rainfall during this year may be received between mid-July and mid-August.
Monsoon rainfall may get extended into the early days of September as well. Some parts of Central and Northern India may receive the blessings of Lord Varuna during September.
Ganesha summarises the article with the opinion that Monsoon 2017 may remain normal at large.
With Ganesha's Grace,
Malav Bhatt (Bhattacharya)
The GaneshaSpeaks.com Team
Have some queries in your mind regarding certain areas of life? Then, why continue to remain in doubt. Talk To Astrologer now for expert guidance and smart solutions!
You May Also Love To Read:
1) Mars Transit 2017: Mars In Gemini – Know How Will It Impact You
2) Political Downfall Awaits Arvind Kejriwal In The Near Future, Predicts Ganesha
3) Chetan Bhagat Horoscope Analysis: Half Girlfriend Movie Based On His Novel To Taste Full Success
4) N. Chandrasekaran 2017 Predictions: Difficulties Foreseen In Restoring The Glory Of Tata Group
5) Rohit Sharma 2017 Predictions: Destined To March Ahead But May Face Mental Confusion
Share