Apart From Minor Health Issues And Controversies, The ‘Shahenshah’ May Enjoy A Smooth Cruise 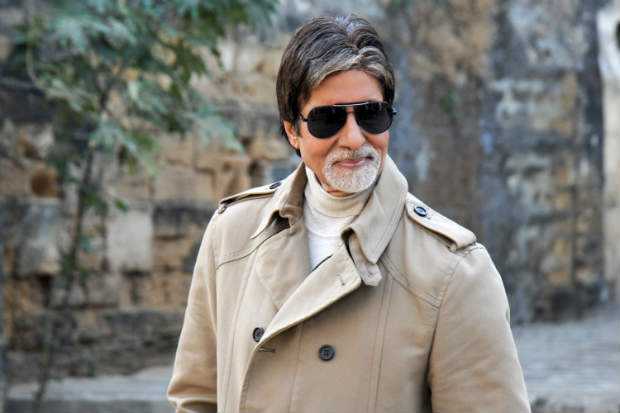 – said the man in the famous baritone voice in the movie Agneepath, and it is indeed amazing how he has carried himself through the years; he is 73, but has the exuberance of a 21 year old and is still going strong, delivering one rocking performance after the other. Amitabh Harivansh Rai Shrivastava, or just Amitabh Bachchan – is more of a brand than a name. The larger-than-life megastar, who is considered one of the most iconic actors of all-time is a man of real caliber, extreme brilliance and extraordinary art. Having delivered memorable performances in various films, having worked with a plethora of actors and directors on various platforms, Amitabh has truly emerged as India’s Bollywood ‘colossus’. The legendary star will be turning 74 this year and in this article, Ganesha takes a detailed look at the stars of the ‘star of the millenium’ and predicts his path ahead.

The Planetary Picture:
While analysing the Horoscope of Mr. Bachchan, Ganesha observes that he will be under the influence of the Venus major period as well as sub period of Venus till 20th May, 2017. After that, the Sub period of Sun will operate till 21st May, 2018.

Speaking of the planetary transits, Ganesha says that he will be under the influence of the Return Phase of Rahu and Ketu till August 2017. Jupiter will be transiting over the Stellium of planets in the 8th House till September 2017. Saturn will be passing through the 10th house of success till 26th January, 2017, after which, it will enter the 11th House.

“Due to the Rahu Return Phase in operation currently, negative roles, characters of gray shade or roles with a serious tinge will fetch greater mileage for Big B. “

What does the planetary picture indicate?
-First things first – Health would need attention
Considering the broader picture, Ganesha feels that Big B will have to take very good care of his health in the year ahead. Ketu’s transit through the Ascendant, combined with the direct-retrograde-direct motion of Saturn in 2017 may take a toll on the star’s health. Moreover, after 20th May, 2017, he may suffer from back pain or problems pertaining to the bones or abdomen region.

-Minor controversies in the offing?

“Controversy is a part of the nature of art and creativity. “

– Said Yoko Ono and this quote perfectly explains the kind of situations even stars as galactic as Amitabh Bachchan sometimes face. But then, as they say, the planets have their own way and in the case of Big B, the transit of Rahu through the 7th House may trigger some sudden controversies and create some problems for the actor in the year ahead. Thus, Ganesha advises the star to be a bit more careful about his public image.

-Great efforts, but comparatively lesser returns?
Despite being in such an advanced age, the ‘Shahenshah’ may not prefer taking things easy and may be quite occupied with a lot of projects and assignments. But, due to certain planetary combinations, he may not get the desired results in certain areas in the coming year. But the situation may get better post October next year.

Also Read: The New-born May Bring Great Luck For Kareena; Film Career Likely To Look Up In The Year Ahead

-A major film to get tremendous response in the coming year?
Ganesha says that the film/s releasing after January 2017 and his before his next birthday will do very well at the box office. We can as usual, expect a noteworthy performance from the actor. Owing to the Rahu effect in the major part of the coming year, he will be able to do well in roles which are serious or dark.

The conclusion:
Overall, the year 2017 looks very bright for the stalwart. There will be a lot of activity and he may be presented with various movie offers. But the only area of concern would be his health.

Do you share your birthday with the Big B? Or, is your birthday fast approaching? Then, find out how your ahead will be with the help of the personalised Your Birthday Report!