Akhilesh Yadav – UP Elections Exclusive: Don’t Be Surprised If The Crown’s Snatched Away From Him 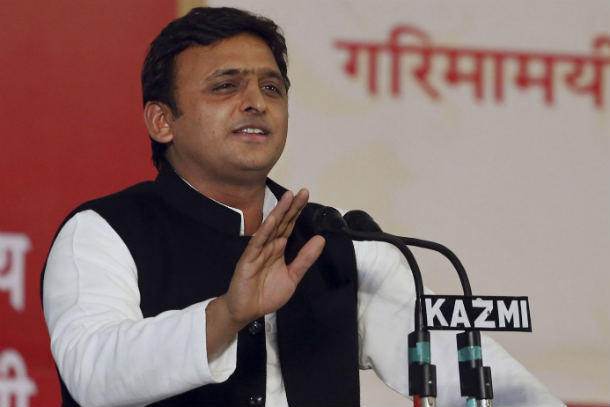 Though he may witness more turbulence in the coming months, his stars indicate that he may be in the Prime Ministerial race post 2023.
There has been a lot happening in the Uttar Pradesh political scenario, especially in the last few months and there has been a lot of focus on the Samajwadi Party and Akhilesh Yadav. While some believe that this year may mark an end to Akhilesh’s power-party in the highly significant state of India, there are some who feel that he will continue to reign supreme. But, Ganesha predicts that things may take an unfavourable turn for him and he may not be able to retain his crown. Read on and find out more.

The most striking highlight:
Ganesha notes that Akhilesh Yadav is born with Virgo Ascendant and the Lord of the Ascendant Mercury is placed with Venus in the 11th House.

So, he is very intelligent, dynamic and spontaneous. It makes him a charismatic leader who has the abilities to connect with voters. It is his strong conviction and intuition which generally guide him to take important political decisions and stand firm against opposing views.

What makes him so influential in UP Politics?
The Lord of 10th house Mercury is in exchange with the Lord of 11th house Moon. It makes him a very efficient and shrewd strategist. This planetary configuration always help him to get support from various sections of society and establish influential political contacts.

The placement of four planets including the luminaries in the 10th House indicates his sense of duty, will power, and a capacity to build and to control his Party ably and effectively. Mars is aspecting the 10th House which makes him choosy about people and can sometimes be stubborn.

Results not in accordance with expectations
Such strong planetary configurations in his chart makes him a very ambitious leader. It makes him a leader who likes to lead from the front.

However, afflicted luminaries and placement of Saturn and Ketu in the 10th House makes his task difficult. The pace of his undertakings gets slowed down unexpectedly and results he gets for his efforts also tend to be below-par at times. The year 2017 doesn’t seem to be too good for Akhilesh. But what about your stars? Get to know with the 2017 Yearly Report for FREE!

Disputes with father and power clashes:
The same combination mentioned above indicates severe resistance and opposition from senior party leaders and disputes with his father Mulayam Singh Yadav on certain issues.

Do Not Miss: The Mayawati Factor Will Make The UP Elections A Fierce Fight, Feels Ganesha

The current scenario:
He is currently under the influence of Mercury Mahadasha. The strong Mercury Dasha period has helped him significantly to become the youngest CM of UP. But, the ongoing Saturn Bhukti has been creating a lot of severe problems for him. As the transiting Jupiter is passing through the Ascendant, he will gain more prominence and strength and may also get benefits from the current controversies. CM Akhilesh will be able to make his presence felt in UP politics. But, the disputes and defections within the party may make things tricky for him.

Will he sail through the UP Electoral storm in style?
His strong leadership will boost his Party’s prospects in forthcoming Assembly Elections. However, the current planetary influences do not indicate a landslide victory or thumping success. He will not be able to repeat his retain his prominence and may also face problems in retaining the CM post.

Akhilesh for PM?
The forthcoming Ketu Mahadasha also indicates stiff resistance and challenges in his political career post the UP Assembly Elections 2017. However his chart indicates that he will surely make a mark in UP state politics and will also become a prominent leader of opposition in National politics. His chart also indicates possibilities to become PM of India or at least run for the PM candidacy after 2023.