PM Netanyahu shall enjoy the support and blessings of the heavens in the times to come! 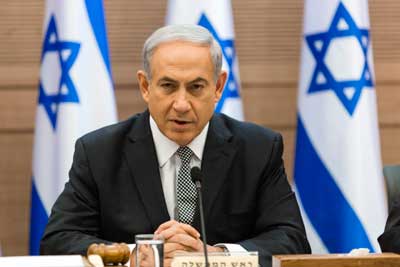 Surprisingly, Rahu shall be favouring Netanyahu strongly and shall ensure he emerges triumphant in his endeavors!
This is one leader, who makes for a commendable and strong Statesman. As his country – Israel has been constantly facing various problems from its surrounding countries, this man has been a terrific PM, who has never shied from dealing with any adverse forces with an iron-fist! Various nationalist and right-thinking people from across the globe have expressed their admiration for Netanyahu for his strong leadership. At a time when Israel and the politics pertaining to the country have started becoming extremely prominent and significant, Ganesha decides to take a close view of the Natal Chart of the dynamic and bold Prime Minister of Israel and predicts what may be the key trends for the him in the year ahead. Moreover, Mr. Netanyahu's birthday is not too far away, so Ganesha wishes him a most happy birthday in advance!
Read on to know more...
Benjamin Netanyahu - Prime Minister, ISRAEL
Date of Birth :-  21st October, 1949
Time of Birth :-  10.16 Hrs.
Place of Birth :-  Tel Aviv, Israel
NATAL CHART