Political Organizations in Indian Scriptures- What was the Vedic Political Structure? 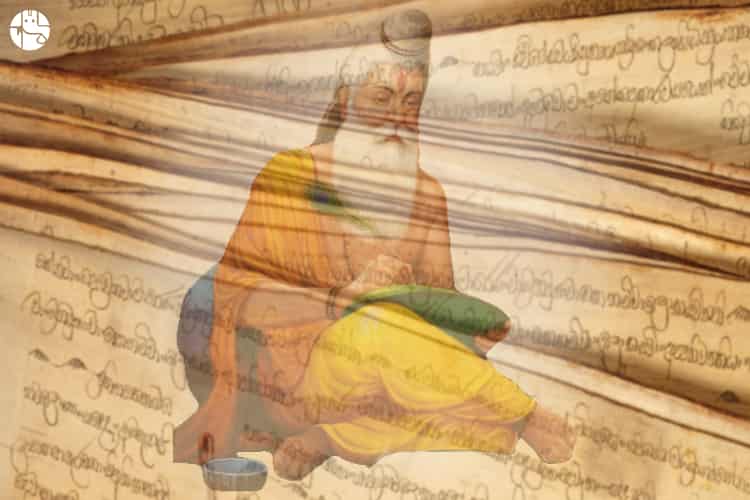 Starting from being the earliest possible scriptures of India to establishing precise human laws that most Hindus strive to follow, Vedas have been integral to Indian culture. They are our source of information to ancient Indian civilization, creation stories, organizational systems, and politics. The ancient Indian civilization mentioned in the Vedas, post the end of the Indus Valley is termed as the Vedic Period. Historians trace the end of the Vedic period to the invasion of King Darius I and the Sramana movement. While we don't know much about the political organization of the Indus Valley Civilization, the Vedas and later Vedic texts do give us an insight into the ancient Indian political thought.

The early Vedic Period had tribes rather than full-fledged kingdoms. The chief of the tribe, known as the Rajan, was responsible for the protection of his Jana (tribe). Two governing bodies- Sabha and Samiti assisted the Rajan. The Sabha consisted of the elite and powerful men in the tribe while the Samiti comprised the entire tribal population. The Sabha and Samiti often included the Rajan's right-hand- his advisories- a chief Brahmin (purohit), an army chief (senani), envoys (dutas), and spies (spash). The king's sole purpose was the protection of his people. He was a brave and learned man who was elected by the tribe. The Rajan was responsible for his tribe's wishes. If he failed to do so, he had to resign.

The Rig-Veda tells the story of the Battle of Ten Kings, fought along the banks of River Parushni (Ravi). The end of the war saw the emergence of the earliest Vedic Rashtra (state), Kuru. The rise of the Kurus saw the development of a new line of thought. The need to govern the newly formed "super tribe" or Rashtra led to the consolidation, transcription of the Vedic hymns to develop new rituals. The varna system became popular here. During the later Vedic period, everyone was expected to follow their duties as listed in the varna system. This Vedic period saw an increase in agricultural practices, in trade and commerce, and a reduced nomadic lifestyle. The concept of a sabha was still intact, but this time, the king had the ultimate power. In fact, during his coronation, a king was hit on the back by a rod (dandairghanti) by the royal priest, rendering him unpunishable. The sabha saw the king in his total power. There were a lot of differences in the political structure of both these periods, but the political organization of the Rig-Vedic period did find its way into the Vedic political system of this era. The king still needed his advisories to help him govern the kingdom. The ruler was still supposed to keep the wishes of the state before his desires.

It was in this period that the origin story of a king arose. According to a tale found in Aitareya Brahmana, a tremendous battle between the devas (gods) and asuras (demons) broke out. The devas were losing the war without any leadership. Therefore, the supreme Prajapati (Brahma) elected Indra to be the king of the gods. The human kings supposedly mirrored the god-king. Hence, the king represented a divine-human, who was on the Earth to protect the people.

The political thought this time revolved around the king. The king had the final say in all judicial, financial, and military matters. The king had to be unbiased in his opinions and help people prosper. As per the Vedas, a king was always a kshatriya whose foremost duty was to protect and look after his kingdom. In doing so, he must always follow the path of dharma. And it was the royal purohit's duty to advise, teach, and guide the king in the right direction.

A lot of ritualistic practices that played a significant role in the political structure emerged during this age. Practices like rajasuya sacrifice, Ashwamedha yagna, and vajapeya (chariot racing) found their foothold in this time. The Vedic political thought, hence, revolved around these concepts of the supremacy of the king. Power, warfare, and rajneeti became very common in this era. Things looked similar to our ancient mythological stories.

The duties of the king

The early Vedic period and the later Vedic period, both, saw the king as someone who was always supposed to uphold his honour. And a king's honor is following his dharma. The king, being a kshatriya, perpetually needed to work closely with the royal priest, who was a brahmin. A king was supposed to be righteous, unbiased, enthusiastic, disciplined, and thankful. A king must respect women, vouch for peace, should not kill anyone without any reason, and have a great set of ministers to guide him. The forever alert and intellectual king should be free from all the six vices mentioned in the Vedas- kama (lust), krodha (anger), lobha (greed), moha (attachment), madha (pride), and matsarya (jealousy). The knowledge of Vedas is mandatory for a king to rule his kingdom justly. Most of the kings had a rishi educate them in the Vedas and the Vedangas (limbs of Vedas)- the six pillars associated with the knowledge of the Vedas. These include shiksha (phonetics), chandas (prosody), vyakarana (grammar), nirukta (etymology), kalpa (the rituals), and jyotisha (Indian Vedic Astrology).

The nature of early Indian political thought revolved around the king. The king was responsible for setting an example for others to emulate. If the king followed his dharma honestly and truthfully, then his subjects will be bound to do the same. The most commonly cited example of this is Ram-Rajya, where the king was an epitome of honesty, justice, truth, and righteousness. A well-known story told in this regard is where King Rama kills Bali. Before dying, Bali questioned the king's dharma and accused him of cheating. To this, the king replied that for a person who broke his dharma, fell a prey to lust and greed, his (Rama's) dharma expects him to give him the punishment of death. A classic example of how powerful Vedic morals were during that time. Every political structure represented the values presented in the Vedas. A king's moral ground had to be tough. Only then was he capable of protecting his people.

For a king, his moral integrity was supposed to be stable even in times of war. No kshatriya was ever allowed to harm a disarmed person. Forgiveness was also a crucial trait for them. Whether or not these values made them lose wars, they had to follow them. Historically, we have seen how Prithviraj Chauhan followed this Vedic approach to politics and released his nemesis only to be defeated by him the following year. His story makes for such a classic Vedic politics example.

The king had a set routine. He used to take the reports of the watchmen, first thing in the morning. He would then listen to the citizen's woes and try to solve them, after which he would take some personal time-off to bathe and eat. Followed by a talk with the ministers and a treasury inspection. He would then hold his sabha. Post the sabha he would take time-off for contemplation, followed by thorough checking of the cavalry and the horses (and elephants, if any). After his night time prayers, his enlisted duty was meeting the spies and planning all other secret activities. These are the activities found in Kautilya's Arthashastra. According to Chanakya, a perfect Vedic king always follows this routine or a similar one.

If you are looking for a personalised solution Talk To Astrologer Now!