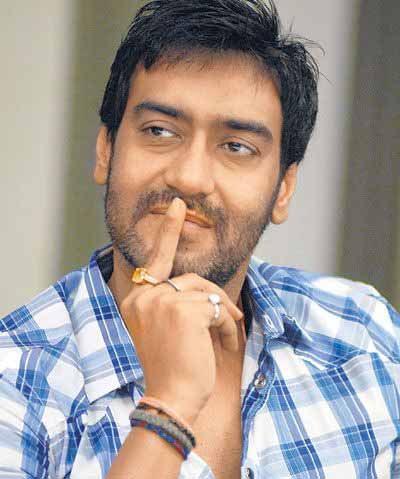 One of the top contemporary Bollowood actors, Ajay Devgn has just finished shooting for his latest movie Drishyam with childhood co-star Tabu. They reportedly spent much of the time recalling incidents from their childhood. The two ha worked in films like Vijaypath, Haqeeqat and Thakshak in the early phase of their careers. Ajay, the husband of Kajol, is most popular for his film Hum Dil De Chuke Sanam. He made his Bollywood debut with Phool Aur Kaante in 1991 and received a Filmfare Award for Best Male Debut for his performance in it. Since then, he then starred in successful films such as Jigar (1992), Dilwale (1994), Suhaag (1994), Naajayaz (1995), Diljale (1996) and Ishq (1997). In 1998, he appeared in Mahesh Bhatt's drama Zakhm, for which he received a lot of critical acclaim and the Best Actor award. Known for his intense and solid performances, he has won a lot appreciation for his performances in films like The Legend of Bhagat Singh, Gangajal and various others. Among his upcoming projects is the directorial venture Shivaay, which will be shot in Bulgaria.
Ganesha, with the help of Vedic astrology, predicts how Drishyam will be received at the box office, and what the future holds for him
Ajay  Devgn
Date of birth :-  02nd   April, 1969
Birth Time :-     Not Known.
Place of Birth :- Delhi ,India
SURYA KUNDLI

Please Note that the Celebrity's details are based on Solar Horoscope(Surya Kundli) with the help of Birth date and place, as the  Birth time  is not available. Moreover, Ganesha refers to Ajay as Ajay 'Devgn' as the actor himself writes his name in that way, so it is not a Typographical Error.
Astrological Observation
Astrological Predictions
Ganesha wishes good luck  and bright future ahead to Ajay Devgn
With Ganesha's Grace,
Rantidev A. Upadhyay
The GaneshaSpeaks.com Team
Share