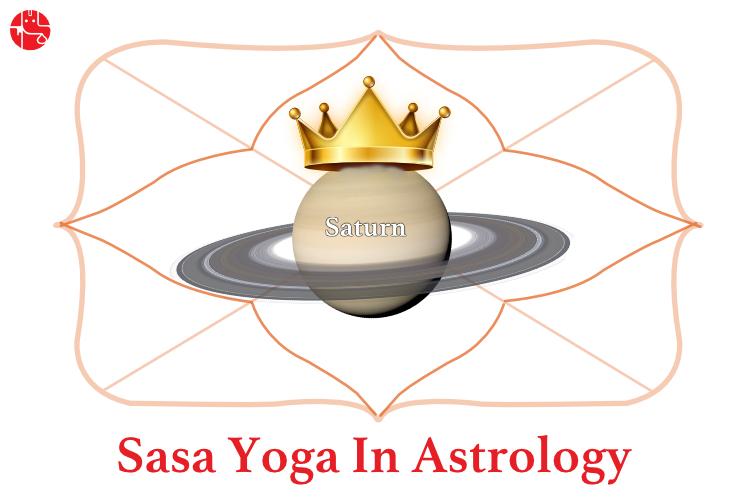 Sasa Yoga is one of the yoga of Panchamahapurusha Yogas. The other yogas in the class of Panchamahapurusha Yogas are Ruchaka Yoga, Hamsa Yoga, Malavya Yoga, Bhadra Yoga. Sasa yoga is formed by the placement of Saturn in specific houses and that too in specific signs. According to Vedic astrology, Saturn is associated with analytical ability, perseverance, practical nature, hard work, mysteries, the ability to connect to masses, patience, authority, and many other things. The planet Saturn obtains special capabilities to give special results to the natives having Sasa Yoga in their birth-chart but there is a need to understand Sasa Yoga and how it is formed. Let’s explore the meaning of Sasa yoga in astrology.

What is Sasa Yoga in astrology?

When the planet Saturn is placed in Capricorn, Aquarius, or Libra and in one of the Kendra houses that is 1st, 4th, 7th or 10th house from ascendant then Sasa Yoga is formed. Saturn is the lord of Capricorn and Aquarius zodiac signs and is exalted in the Libra zodiac sign. The strength of yoga will depend upon the strength of Saturn and the influences of other planets over Saturn. The yoga has a very strong impact on the life of the natives if Saturn is between 5 and 25 degrees and not aspected or in conjunction with the malefic planets like Mars (https://www.ganeshaspeaks.com/astrology/planets/mars/), Rahu, and Ketu. The planet should not be afflicted by the lord of the 6th, 8th, or 12th house and should not be debilitated in Navamsa. Also, the planet should not be in retrograde motion.

The yoga shows more favorable results to lawyers, judges, engineers, powerful political leaders, rich and famous real estate builders or dealers, successful and famous liquor businessmen and many other kinds of professionals who are associated or deals with the significance of Saturn.

Effects and Benefits of Sasa Yoga in Kundli