The Importance Of Ashtakavarga System In Astrology 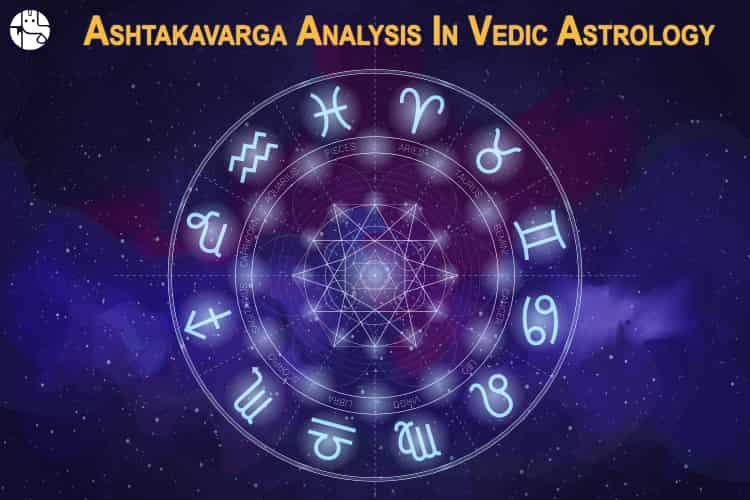 What is Ashtakavarga method in Astrology?

The concept of Ashtakavarga is very interesting and unique as per Vedic Astrology. It involves the process of dividing each moon sign into eight subcategories based on the ascendant or the other crucial planets along with their positioning in the twelve moon signs.

This way the influence of the seven classical planets namely Mercury, Saturn, Mars, Jupiter, Venus, Moon and the Sun is observed based on their placement in the moon signs with the help of which the predictions are made. This system assists us in knowing the positive and the negative impact of the planets, individually. Here, in this method, Rahu and Ketu do not play any role. You can also know about the planets in your birth chart and how will they impact the different areas of your life using our Janampatri!

Astrology is a noble science. It can guide you in taking accurate decisions on each front of your life. Astrology is based on scientific calculations of the different aspects of planetary constellations at a certain time. The Ashtakavarga method is considered to be one of the most confusing and hardest methods in the realm of astrology and analyzing this chart can make it easy to understand a horoscope. Although this ‘Ashtakavarga system’ has worked wonders on various horoscopes and with full faith in the accuracy of this system, one can surely achieve the required results very easily.

One can also make optimum use of our New 2020 Yearly Report and be prepared for what is in store for you this year!

A table consists of 12 Houses and 7 planets i.e. 84 squares prepared by putting dots and zeroes and adding them together, which is known as Sarvashtakvarga. The total benefics should be written in each House along with the planets and zodiac signs. Planets that are placed in their own sign, Mooltrikona sign or exalted sign are quite strong, but if they have less than 28 benefic dots, they give negative results. Similarly, if the planets are placed in 6th, 8th or 12th House and have more than 28 benefic dots, they give benefic results as well!

For each house, the minimum number of benefic dots determined are given below: