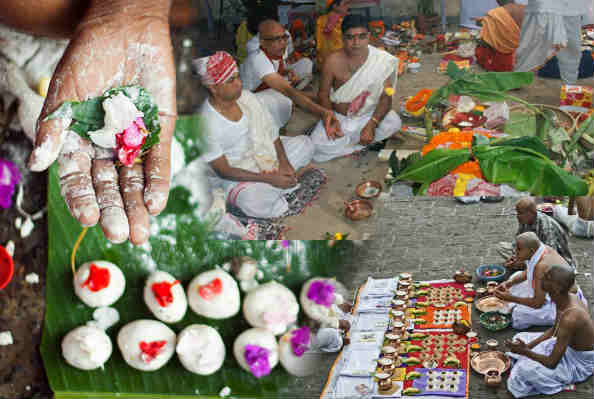 Sarvapitru Amavasya 2023:  Importance of this last day of Pitru Paksh

The shradh paksh is dedicated to our ancestors and considered highly significant in Hindu religion. During this period, people do pind daan for pitru shanti i.e. rituals for the soul of ancestors to rest in peace. The last day of this pitru paksh is known as Sarvapitru Amavasya or Mahalaya Amavasya. The shradh paksh also ends on this day. This year it falls on October 14, 2023. Hence, let us learn about some interesting aspects related to sarvapitru amavasya.

Sarvapitru Amavasya is highly suitable for people who are not aware about the mrityu tithi of their ancestors, or if they are unable to perform tarpan and pind daan during other days of shradh paksh. Sarvapitru Amavasya is also known as pitru visarjan amavasya, or mahalaya samapan or mahalaya visarjan. The souls of all ancestors depart on the mahalaya day. It is believed that the soul of an ancestor visit the house of its descendant with the expectation of shradh or tarpan on sarvapitru amavasya, i.e. amavasya day of the Bhadrapad month. But, if pind daan is not done for ancestors their soul will go back disappointed. Hence, it is highly essential to perform shradh of our pitru or ancestor on sarvapitru visarjan day.

During pitru paksh, the soul of departed ancestor visit their family’s house without invitation. And, on feeling satisfied they bless their descendants and return back. It is believed that we have to face various difficulties in our life, if our ancestors are displeased. Loss of wealth, failure in all areas of life and problems related to our children are caused when the soul of our ancestors are restless. In case you are unable to perform the shradh rituals for pitru shanti during other days of pitru paksh, then you should take advantage of sarvapitru amavasya day and do tarpan or pind daan rituals for your ancestors. But, people who do not perform the religious ceremony dedicated to their ancestors on this day have to face  physical, mental and financial problems as their ancestors are disappointed.

With Ganesha’s Grace,
The GaneshaSpeaks.com Team
To Get Your Personalised Solutions! Talk To Astrologer Now.