Remembering And Paying Homage To Jesus Christ On Good Friday 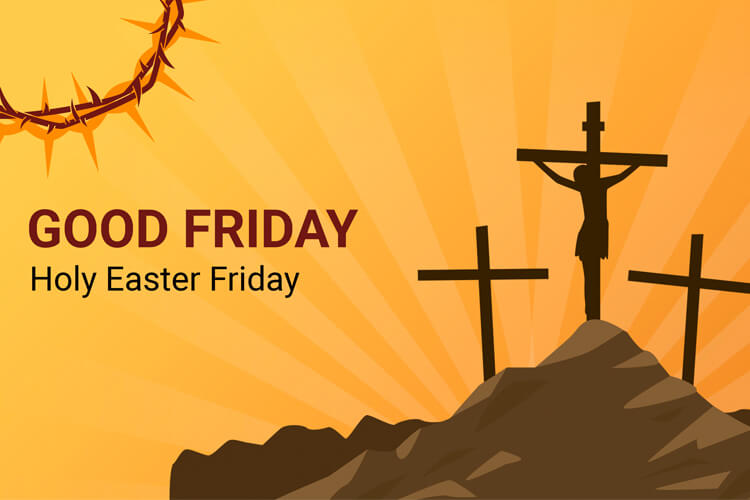 Good Friday, also called Easter Friday, Black Friday and Holy Friday, has a great regard in the Christian community across the world. It is celebrated to honour and remember the crucifixion of Jesus Christ. From the onset of this revered religion, Christians practice reparation and observe fasts on Good Friday in repentance for their wrongdoings. No doubt, fasting is something followed hugely even among Hindus to appease the deities.

Know the type of fast that is suitable for you and bring happiness into life.

Easter Friday falls after the Maundy Thursday that reminisces the Last Supper and on the Friday that occurs before Easter Sunday. This year, Good Friday is on the 2nd of April, 2021.

The 5 Planet Stellium in Capricorn will have a massive impact on all. Know what it predicts for your zodiac sign this Good Friday.

When it comes to the name ‘Good Friday’, people may fall into conflict or deny the fact that there is anything positive or ‘good’ associated with it. There are multiple interpretations to explain the meaning of Good Friday and its origin in the first place. A few beliefs depict the name being modified to Good Friday from the name ‘God’s Friday’. As quoted to BBC by Fiona MacPherson, the senior editor of the Oxford English Dictionary, Good Friday is “a day (or sometimes a season in) on which religious observance is held”. Additionally, the good thing can be pointed out in a way that Jesus suffered the punishment patiently and prevailed.

Facing issues alone by yourself? Your life problems can be handled beforehand with the 2021 Personalised Yearly Report.

From what has been depicted in the Gospels, the history of Good Friday begins with Judas Iscariot (a disciple of Jesus). The disciple betrayed him for the price of 30 silver pieces and got him arrested. He was interrogated after being taken to the house of Annas. His answers failed to satisfy them, which led to announcement of his imprisonment by Caiaphas.

After this, the high priests stated the quote, ”I adjure you, by the Living God, to tell us, are you the Anointed One, the Son of God?" They then asked Jesus to take the ceremonious oath, which he accepted and declared, ”You have said it, and in time you will see the Son of Man seated at the right hand of the Almighty, coming on the clouds of Heaven."

Jesus was brought to the Roman Governor Pontius Pilate the next morning, and accused of crimes like failing to pay taxes to Caesar, disturbing the nation, and asserting to be a ruler. The Jewish leaders were given the authority to decide the penalty, which resulted in a sentence of death. But this was nullified as Jews didn’t hold the right to give a death sentence. With the passage of time, it was clarified that Jesus had taken birth in Galilee and so, they transferred this case to King Herod of Galilee.

As King Herod also failed to receive answers for his questions, he sent Jesus back to Pilate for judgement. Pilate chose to release Jesus due to no clue of finding him guilty. This made the chief priests furious and they demanded the death sentence for Jesus as he had accepted being the “God’s son”. Although claiming to be innocent, Jesus handed himself to the public in the anticipation of riots taking place. “The place of Skull'' was where he was crucified being addressed as "Jesus of Nazareth, King of the Jews”. The entire region was known to have engulfed in darkness. His last weep was said to be followed by an earthquake along with temples and tombs getting shattered. This led to the celebration of Good Friday.

What does the yearly horoscope say about your upcoming life situations? Know about it here.

May Jesus remove the negativities from your life and you have a blessed Good Friday.

Attract Good Luck With Your Personalised Puja On The Auspicious Day Of Good Friday - Get Free Consultation Now!
With Ganesha's Grace,
The GaneshaSpeaks.com Team