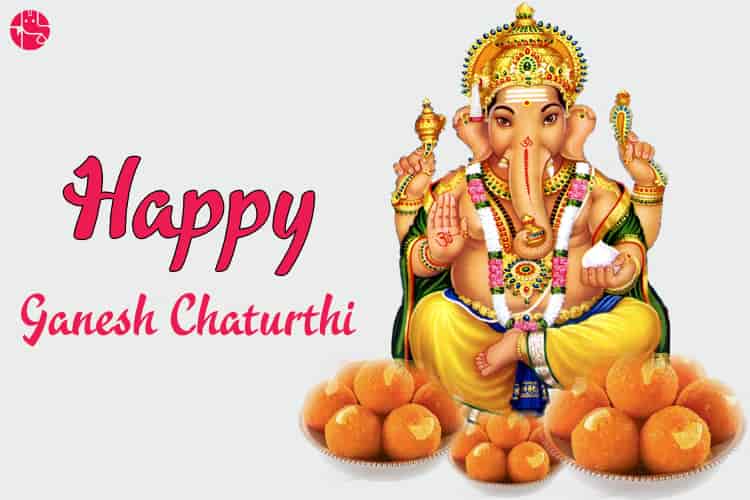 Ganesha Chaturthi is a 10-days-long Hindu festival celebrated to honour the elephant-headed God Ganesha's birthday. He is the younger son of Lord Shiva and Goddess Parvati.

When Is Ganesha Chaturthi In 2020?

The date of Ganesh Chaturthi falls on the fourth day of the waxing moon period (Shukla Chaturthi) in the Hindu month of Bhadrapada. This is August or September each year. The festival is usually celebrated for 10 days, with the biggest spectacle taking place on the last day called Anant Chaturdashi. In 2020, Ganesh Chaturthi is on August 22. Anant Chaturdashi is on September 1.

The Importance Of Lord Ganesha And Ganesh Chaturthi Festival

Lord Ganesha is one of the most loved and prominent deities in India and he is known as the destroyer of obstacles and harbinger of great wisdom and prosperity. Ganesha is the Lord of arts and sciences and the deva of wisdom. He is honoured at the start of rituals and ceremonies as he's considered the God of beginnings. He's widely and dearly referred to as Ganapati or Vinayaka.

Ganesh Chaturthi is one of the most colourful, popular and widely celebrated festivals in India. Known by 108 different names, Lord Ganesha is the supreme source of knowledge, wisdom and fortune. Ganpati is known to herald auspicious beginnings. The Ganesh Chaturthi festival is celebrated with much energy, enthusiasm and devotion by families at home, public places and temples across northern, western and southern India. This festival marks the birth of Lord Ganesha. Let's get to know more about the Ganesh Chaturthi festival in this article.

The Story Behind Ganesh Chaturthi Festival

It's important, according to tradition, not to look at the moon during certain times on Ganesh Chaturthi. If a person sees the moon, they'll be cursed with accusations of theft and dishonoured by society unless they chant a certain mantra. Apparently, this came about after Lord Krishna was falsely accused of stealing a valuable jewel. Sage Narada said that Krishna must've seen the moon on Bhadrapada Shukla Chaturthi (the occasion that Ganesh Chaturthi falls on) and was cursed because of it.

The Auspicious Timings (Muhurats) During This Festival

The Important Mantra On Ganesha Chaturthi

“O Lord Ganesha, we salute you the supreme. O mighty Lord who possesses a curved trunk and holy divine with mighty physique, whose brightness is like a zillion suns burning together, who bestows bliss to everybody. Hail to the God of million Gods; help me fight all my problems with faith that you will be there to protect me like you have been guiding me always. My Lord, I have faith in you that you will protect from all the evil forever.”

How To Celebrate The Grand Ganesha Chaturthi Festival?

In 2022, Ganesha Chaturthi is on August 31. Anant Chaturdashi is on September 9.

Ganesha wishes you a very prosperous and vibrant Ganesha Chaturthi!